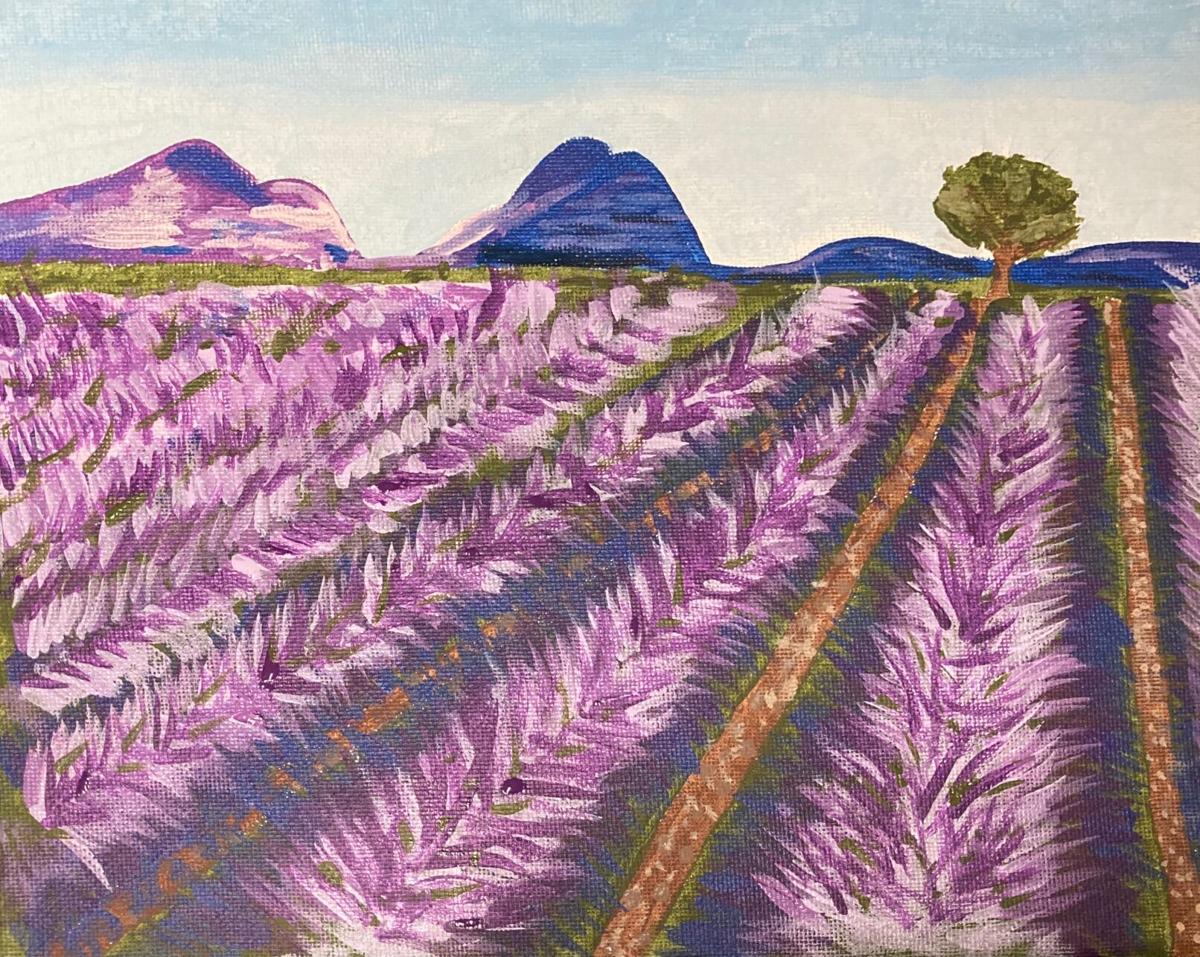 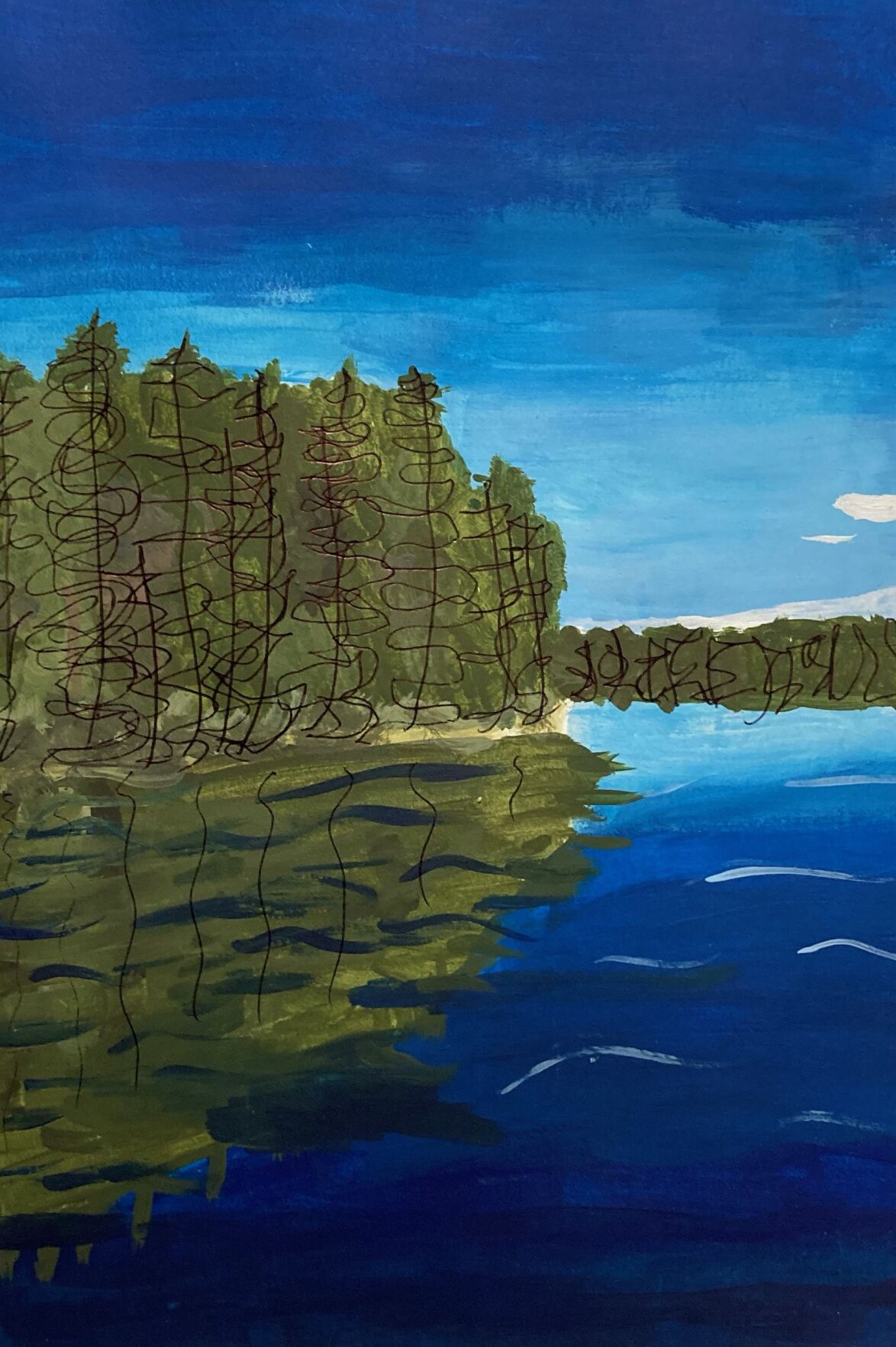 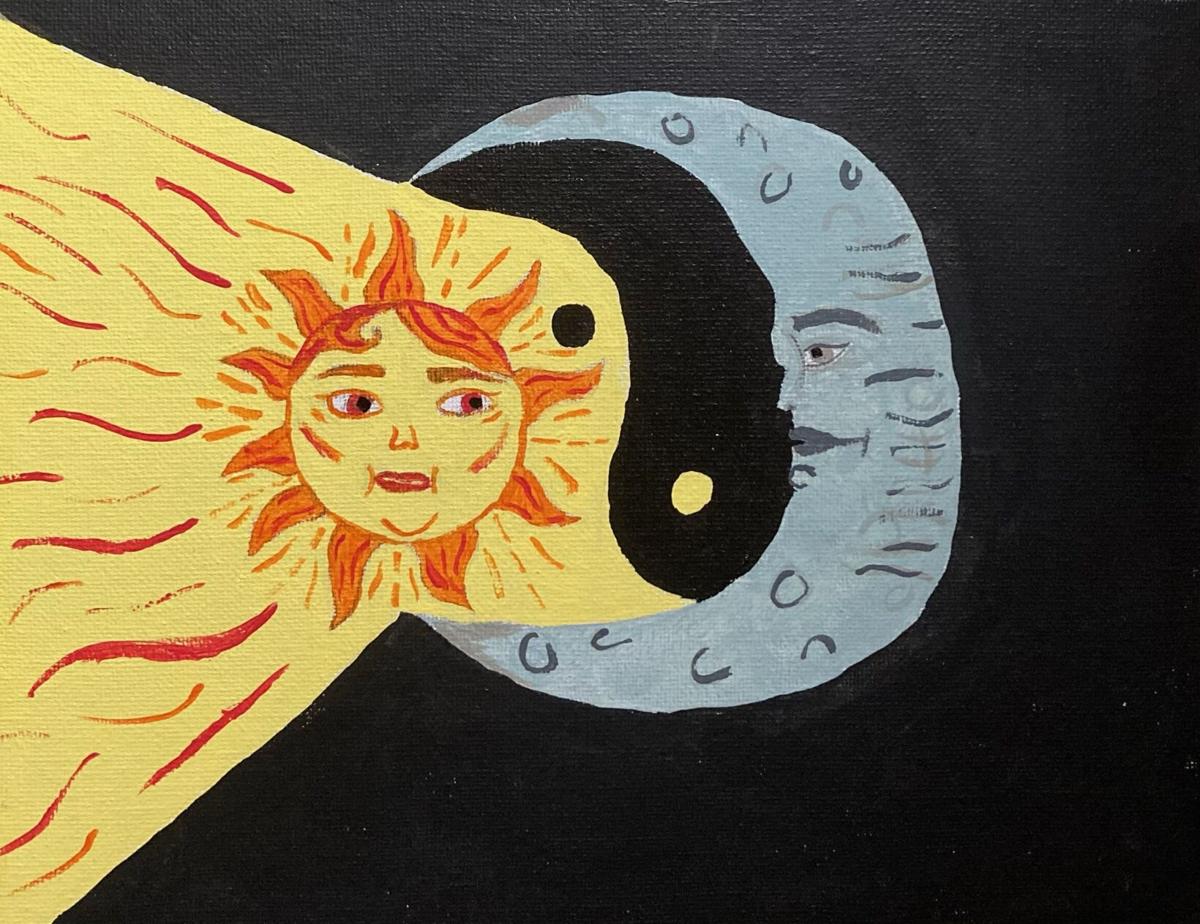 Sarah Engles is a junior psychology and criminology double major who discovered a new passion of hers during the COVID-19 pandemic shutdown earlier this year.

Engles began painting earlier this year when the pandemic had first come to the United States, forcing many people to stay at home.

“Over quarantine I actually watched a movie about painting and then I just decided to just start it over quarantine and that’s how I kind of just spent my time at home,” Engles said.

Engles had used the time of quarantine to practice and learn a new skill during a time when other, normal social activities were not readily available.

“I actually had always been really terrible at art...over quarantine I kind of just started practicing,” Engles said.

Acrylic paint is her preferred medium. She had originally begun painting with only a few paint colors she had in her home.

“I started off with like three colors and now I have like a giant bag of colors,” Engles said.

Her lack of colors was an obstacle that Engles faced during the earlier days of her paintings.

“When I started I hardly had any colors so it was hard...there was so much mixing involved and there was like nothing was coming out the right color and so it was all just like a lot of trial and error,” Engles said.

Engles had continued to paint after she saw the finished products and was happy with her results.

The subjects of Engles’ paintings vary, but she hopes to improve and expand her skills in the future.

“I really like doing like sun and mood paintings, with little faces. I think those are always cute. I've been trying to figure out more on how to paint people but I’m still working on that,” Engles said.

She hopes to find her style as she continues to paint more. According to Engles, she would like to take an introductory art class here at VU to help her achieve this.

“I want to find my style more because I kind of do two different types right now. I do a more realistic, which isn't necessarily that realistic...I do like the more realistic like scenic paintings and I do more like cartoonish people but I'm still not really satisfied with the people look,” Engles said.

Engles also uses her talents as an artist and designer for The Torch.

“The Torch has actually helped me a lot because it has kind of pushed me to figure out creative ways to display things, like my first one that I had to do was about the quarantine meals...it's really tested my boundaries and helped and pushed me to figure new things,” Engles said.

Despite the challenges, Engles recognizes the good and the bad that comes with a painting not turning out the way she had hoped and encourages others to do the same.

“Sometimes things don't turn out the way you thought it was going to and then you just have to completely start over which is frustrating and also exciting,” Engles said, “Just do it, I think even messing around [will help get someone started].”

If you would like to nominate someone for an Artist Spotlight feature in The Torch, please email torch@valpo.edu.