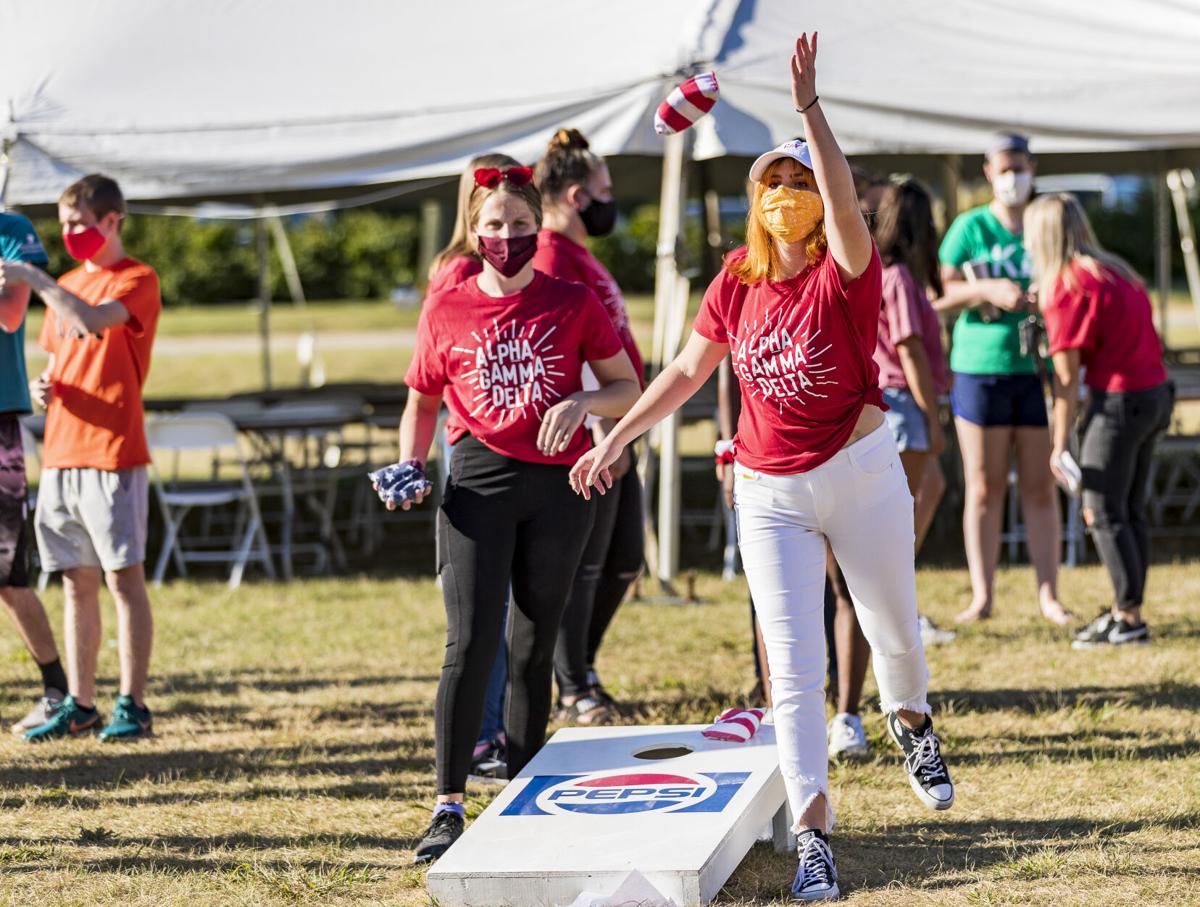 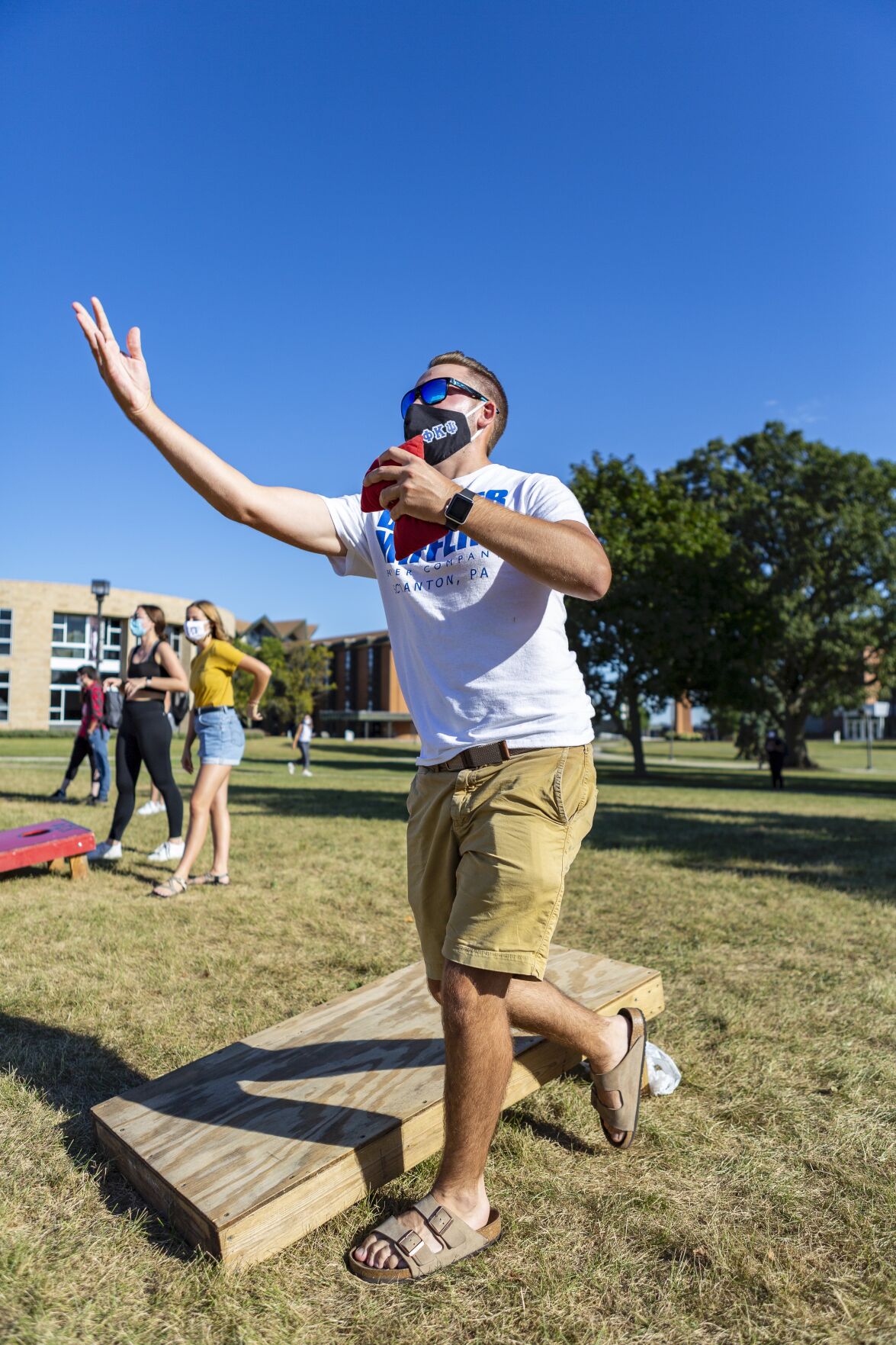 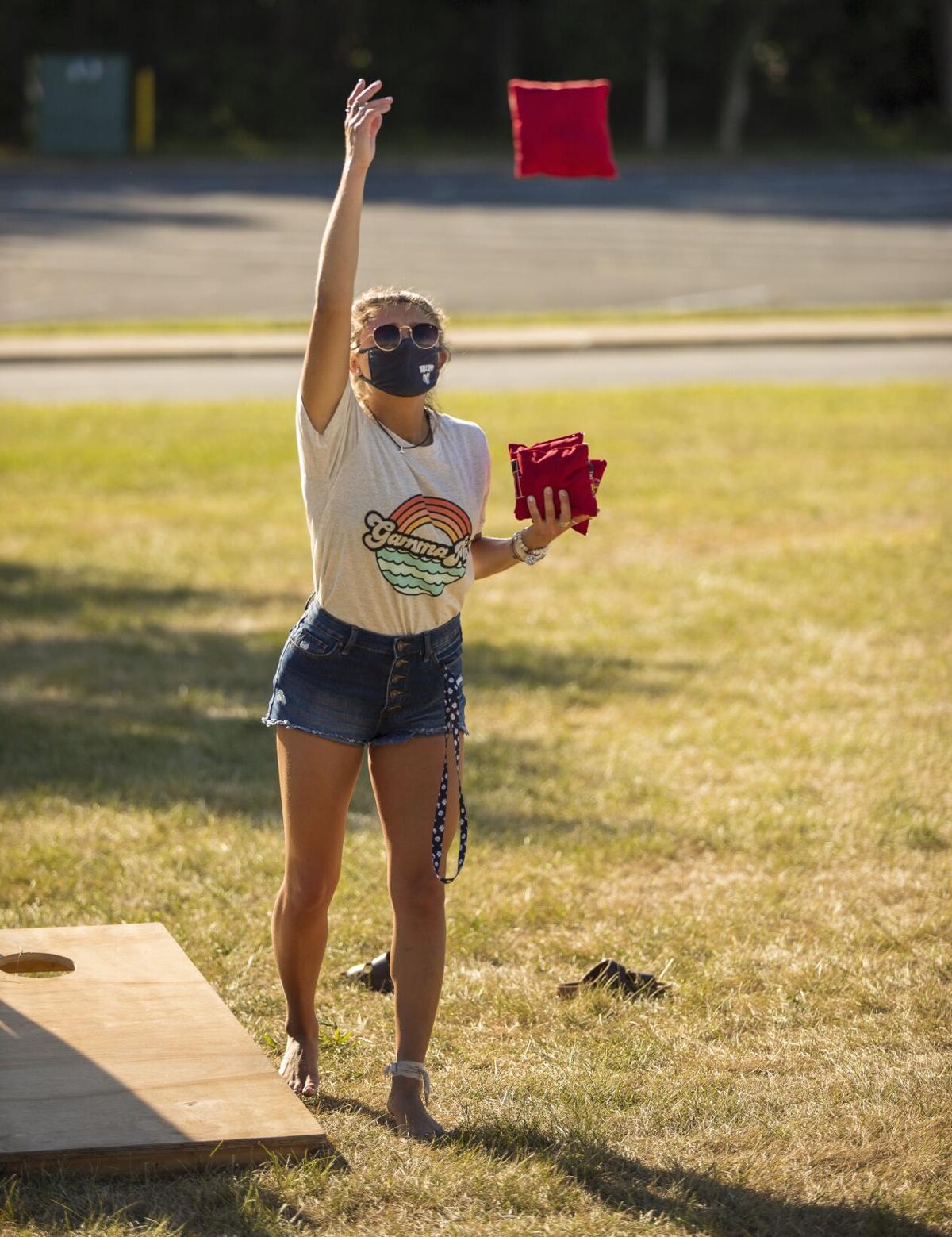 The event took place on Sept. 4 on the west lawn and consisted of a cornhole tournament in which teams of two could sign up to compete in.

“Our philanthropy is Fighting Hunger. We work through the Alpha Gamma Delta Foundation in order to support different organizations that help fight hunger,” Vice President of Philanthropy Julia Kneusel said. “Predominantly we work with Meals on Wheels and Feeding America.”

According to Kneusel, the money raised from the event will be donated to the Alpha Gamma Delta Foundation.

The event was created by Kneusel and Alpha Gamma Delta President, Payton Bertermann.

“This was supposed to be our small scale event and we were just trying to think of something quick and easy to put together,” Bertermann said.

Kneusel and Bertermann wanted to create an event that was COVID-19 friendly.

“We weren't sure what was going to happen with COVID, so over the summer we put [the cornhole tournament] together,” Bertermann said.

According to Kneusel the event is something they hope to continue in future philanthropy events.

“This is brand new to us and it's also brand new to Alpha Gam as far as we are aware. So this will be our first time doing this event and if it's successful and well liked then we are hoping to continue it in the future,” Kneusel said.

In addition to the corhnole tournament, Alpha Gamma Delta sold t-shirts to support their philanthropy further. According to Bertermann, the shirt sales will also be donated to the Alpha Gamma Delta Foundation.

Alpha Gamma Delta had set a $500 fundraising goal after seeing the response to their event.

As of now, they don’t have a final number, as shirt sales are still being calculated.

According to Bertermann, her and Kneusel were surprised at the popularity of the event.

“It’s just come out to be way bigger than we had expected so we’re super excited about the fact that so many people are going to participate but it's also scary because it's our first event,” Bertermann said.

According to Kneusel, due to the popularity of the event, registration had closed early and the event was capped at 40 teams.

“We are grateful for all of the support that we've been getting, especially from all the other organizations and bigger student orgs on campus,” Kneusel said.

“We are super grateful of all the support that we are receiving from the community, especially since this is our first full year that we’re on our own. We are feeling very supported and grateful,” Bertermann said.