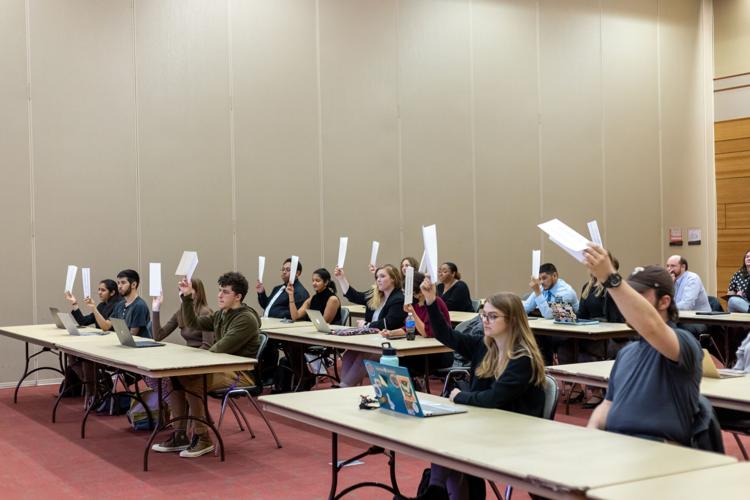 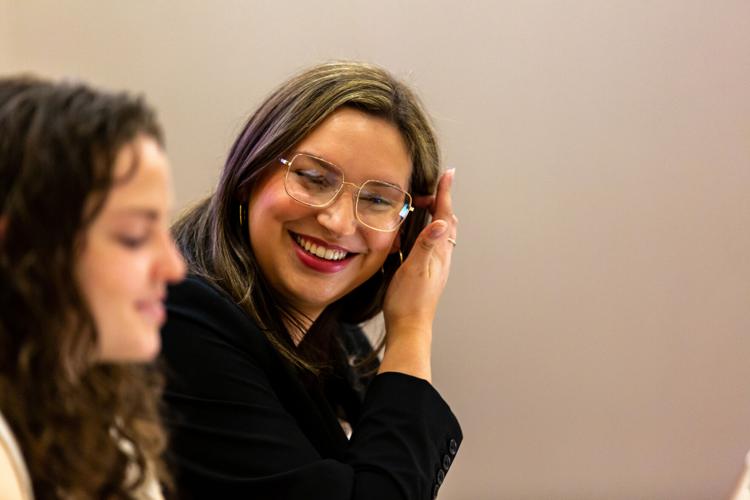 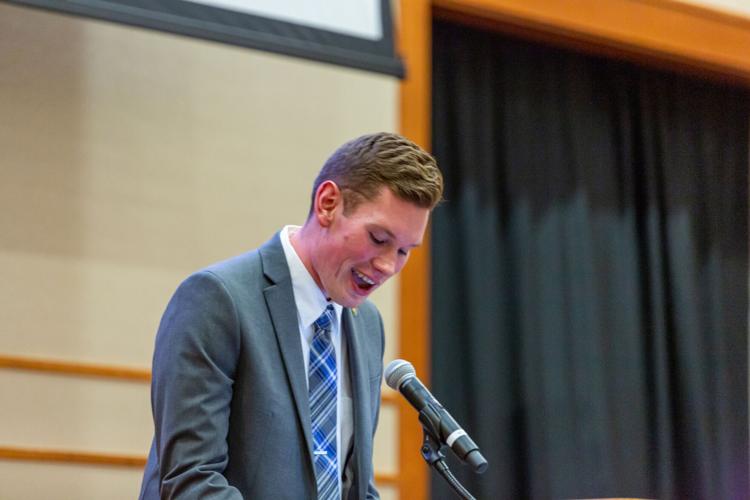 In a unanimous vote, Student Senate marked a historical moment by passing a set of new bylaws, addendums and a revised Constitution. It has been approximately 30 years since such substantial updates had been made to Senate’s procedures.

“The biggest thing we saw internally was anytime we had a question, we would have to turn to a 73 page document,” said Chris Grimpe, Senate’s Public Relations Coordinator. “It became very tedious to the point where we were stuck in the processes that we were passed down with and the processes we would go with didn’t always match up with what the bylaws said.”

Primarily, the revisions restructured Senate and decreased its available membership total from 27 to 25, along with altered senator position names. Initially, three seats were allotted per class and 15 At-Large positions corresponding to Valpo’s colleges and niche campus groups (commuters and transfer students).

Following the end of the spring 2022 semester, Senate will follow its new model: four seats per classification (determined by graduation date, not credit amount), six At-Large senators and 3 commuter seats. One graduate senator seat is also available, marking its first appearance in the organization.

The committees within Student Senate have been updated as well. Each senator will continue to hold their position title and reside on at least one committee. Initially, there were nine entities that focused on specific matters: Administration, Dining Services, Discretionary Funds, Diversity and Inclusion, Finance, Executive, Media, Screening and Residence.

“We had multiple retreats in the fall semester and the beginning of this semester where we got together as an executive committee and really talked about the challenges we face. From the first retreat to the second one, we brought back the concerns we received from our constituents. There were multiple senators that reported their constituents wanted actual change,” Grimpe said.

The Executive Committee remains the same, but the new Constitution and Bylaws reduced the committees to four total: Diversity, Equity and Inclusion, Operations, Student Experience and Outreach and Elections.

Diversity, Equity and Inclusion will include four senators, one of which will be the committee chair and have a seat on the Executive Committee. Principally, the committee will work with organizations included in the Office of Multicultural Programs.

The Operations Committee will be a merger between the original Finance, Administration and Discretionary Funds Committees. Consisting of one chairperson, one vice chairperson and five senator delegates, the Operations Committee contains five commissions: programming, student media, special interest, club sports and Student Senate along with Honor Council. Additionally, the group assumes the responsibilities of finance and administration.

“That is a new specified area of Student Senate, previously we relied on students to contact their senators with concerns. But, since we have a growing commuter population, it’s vital to have two senators dedicated to Campus Safety and Parking,” Grimpe said.

One chairperson will be the representative on the Executive Committee and six senators will communicate with specific commissions.

New senator appointments, filling Senate vacancies, community interactions, campus-wide programs and senator retention are included in the Outreach and Elections Committee. Six senators and one chairperson will lead the committee and work closely with the Press Secretary (formerly the Public Relations Coordinator).

Following the internal structural changes, Student Senate established an updated financial structure. Budget apportionments and the tier system have undergone complete modifications. A categorical commission system determines the funding each organization receives from Student Senate. Instead of monetary amounts limited to specific tiers, percentages were assigned to each commission (housed under the Operations Committee).

“We will be utilizing the budget and finance elements on MyValpo moving forward. The Special Interest Commission’s student organizations will submit their annual budget on MyValpo. The Club Sports Commission, Media Commission and Programming Commission will be tasked with creating their annual budgets together in their meetings. Each organization will work together to allocate their commission’s budget amongst themselves. Once the commission agrees on their budget, they will send it to the Student Senate for approval,” Grimpe said in a press release.

Present in these meetings will be the president of each organization within that commission, their advisor, a Senate delegate and a University delegate. The Programming, Media and Club Sports Commissions are responsible for creating their own budget due to having a professional advisor that receives compensation for overseeing those student organizations.

Senate clarified that budgets could be used for six different expenses under the new model. These include clothing orders of up to 10% of the student organization’s budget, food purchases through Parkhurst, stipends, promotional materials through DesignWorks, conference attendances and chapter or national membership dues.

“In our requirements to be a student organization, you can’t withhold membership for a variety of reasons. In our conversations during these retreats, we wanted student organizations to be open for everyone, which makes sense because we’re giving the budgets to them and we want the money to go to all students. During these conversations we realized honor societies don’t really align with that,” Grimpe said.

Valpo has seven honor societies covering a variety of academic disciplines. Previously, the organizations would use their allotted budget for conferences, retreats, dues and events.

“We in no way want to discourage any sort of funding away from those conferences or workshops students can go to, but we know there are avenues on campus for these honor societies to go through. For starters, every honor society is connected to a department on campus and they are more than capable of also gaining money through there,” Grimpe said. “In terms of on paper and sticking to the values and mission statement Student Senate has put in place for itself, we do not want the honor societies to have direct funding.”

Questions can be directed to senate.prc@valpo.edu or any senator. A portion of the changes are effective immediately, while other updates will come at a gradual rate.

“Overall, if students are hearing about these changes and have questions, email anyone on executive board, email any senator,” Grimpe said. “We want to be as transparent as possible during these changes because we understand some messages might get miscommunicated.”