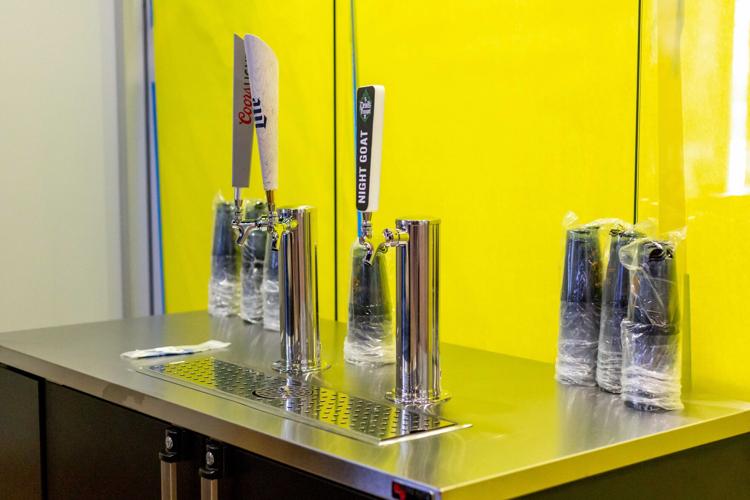 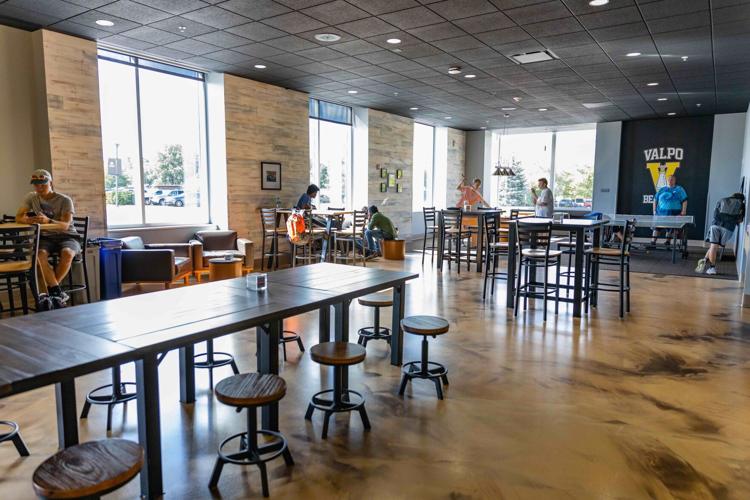 The renovation of the Bell & Beacon (BB’s) began in the winter of 2021 before the holiday break. The renovation was composed of two phases, phase one focusing on redoing the former café seating area into a student lounge, and phase two on remodeling the former Games Room into an event space for students and faculty. The completion of phase one was unveiled in January 2022 and the completed phase two was recently revealed as of FOCUS 2022.

“We wanted to have that space available for new students to be able to see, new student families to be able to see, so it quite literally opened on the morning of the first FOCUS day. I was in here the night before hanging pictures in the phase two renovation,” said Carolyn Whittier, Assistant Vice President of Student Life. “It’s been designed and done to match so it looks like one cohesive space.”

Student Life, the initiators of the renovation, credit the idea for the remodel as a response to the lack of student engagement post-COVID in what was formerly the café seating area in the Harre Union. The former Games Room was high in attendance, but due to its location behind BB’s, didn’t garner enough attention, leading to Student Life including it in the remodel. So, phase one of the renovation intentionally tried to bring more people into what was the café seating area by making it a student lounge space.

The makeover of what is now called BB’s North, was prompted by a need to help faculty and staff feel more included and connected with the university.

“There’s now a space for faculty and staff to be able to gather as well. So the [Harre] Union, while very student-centered, it’s for the entire university, and so we wanted to make sure the Bell & Beacon also mirrored that,” said Whittier.

BB’s North has also changed its hours to be open for longer periods of time to mirror the hours of the larger south BB’s space, all in an effort to boost student engagement.

“The renovation of the north room—now, that space is open earlier,” Whittier said. “Before, the [former] Games Room wasn’t opening until I think 10 a.m. or 11 a.m. It now opens at 8 a.m., right when all of BB’s opens, so it creates a study space, a hangout space, a relaxing space for all members of the community now from 8 a.m. until 10p.m..”

Despite the physical and logistical updates, however, BB’s North still houses entertainment for students in the form of card and board games.

“All the [card and board] games are in that alcove,” said Whittier. “We intentionally have table topic conversations on each one of the tables, so if you’re just sitting there with friends you could pull out a card and talk about a topic; we want the north room to really feel like a gathering space.”

The bar, once in BB’s but moved to BB’s North during the renovation, is open Thursdays through Sundays from 4 p.m. to 10 p.m.. Anyone over the age of 21 can be served alcohol after showing an ID, and although this policy shift seems sudden, this change was slow in the making.

“Fall of 2021 alcohol sales began at home football games, and then it was available at home basketball and volleyball games,” said Whittier. “That transition went really well, and so that then informed a conversation for us to say ‘OK, I think we might be able to handle this.’ There were alcohol sales out of the Bell & Beacon at President Padilla’s inauguration—once again…also handled really well. So then it was like, ‘We, as an institution, think that we can do this.”

The installment of the bar also prompted a slight menu shift in BB’s kitchen (the convenience store space) in terms of new kinds of food being served while the bar is open.

“When [the bar is open], the menu in BB’s kitchen will change so that it feels like a different experience for students, faculty and staff,” said Whittier. “The menu [consists of] really large, shareable appetizers. These are things that are not on the menu normally.”

Overall, the two-phase renovation of the Bell & Beacon was designed to attract more students to the space, as well as provide a space where faculty and staff felt welcome in their own place of work. Student Life wants to stress that they do take comments, however, and welcome any reactions (positive or negative) from students.

“We are definitely open to feedback, suggestions,” Whittier said. “If students are like ‘could we have this game in BB’s, or could we have that board game…’ we [are] definitely open to ideas, suggestions, they might be things we can do right away, they might be things that might take a little while, but we want [BB’s] to continue to be relevant for students and be a space that students want to come.”