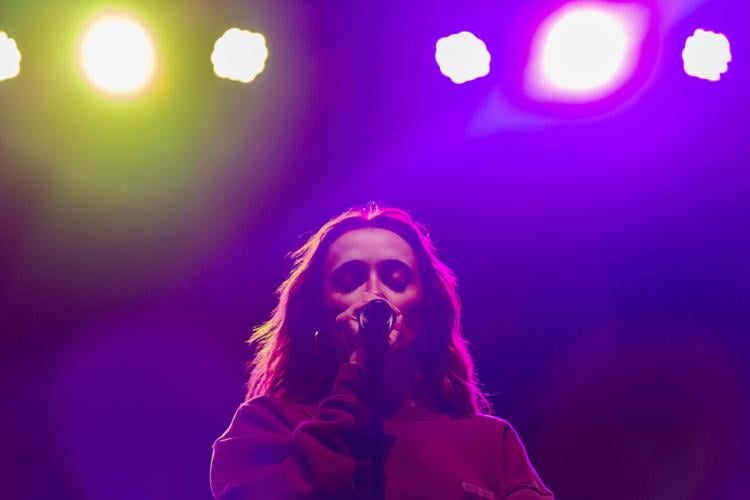 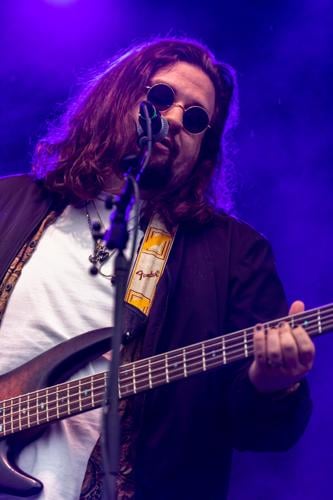 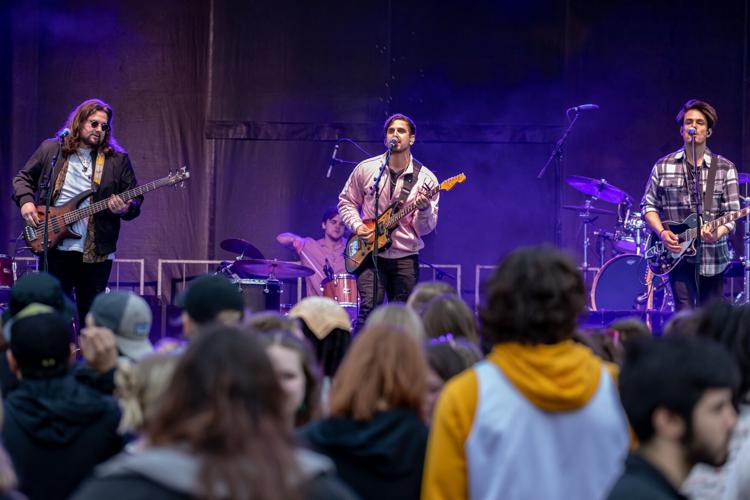 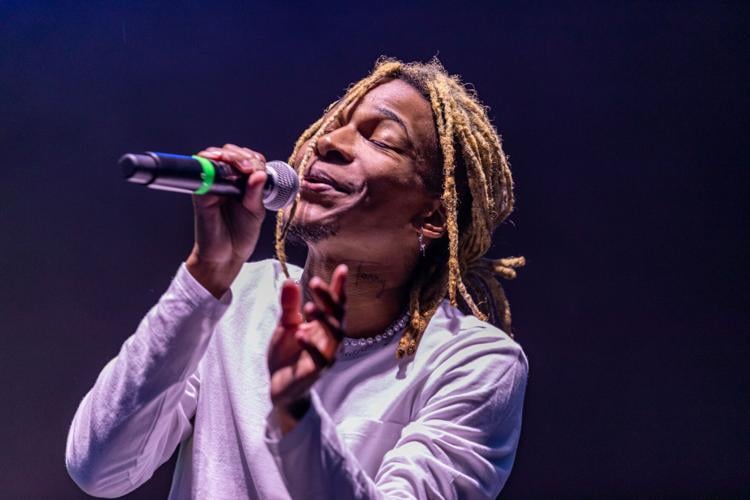 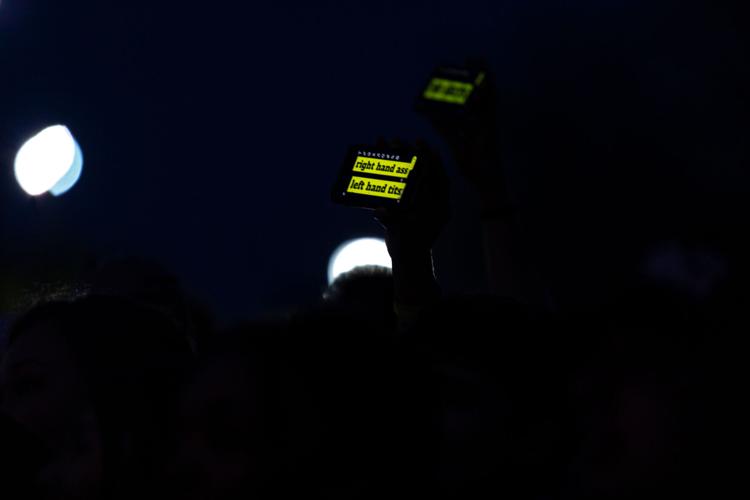 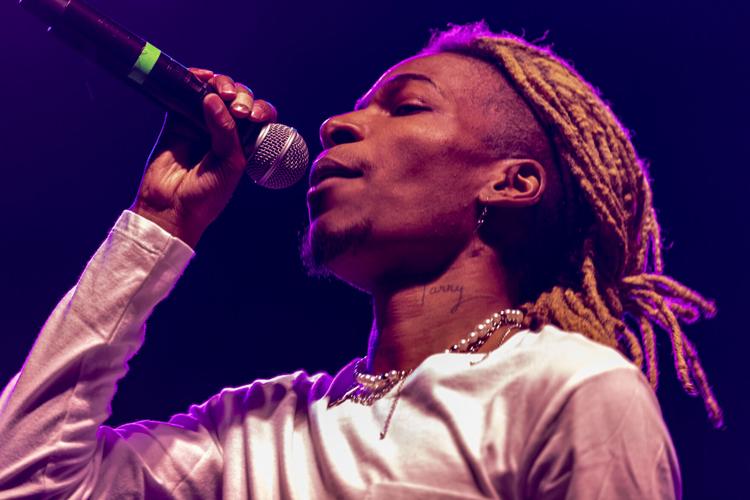 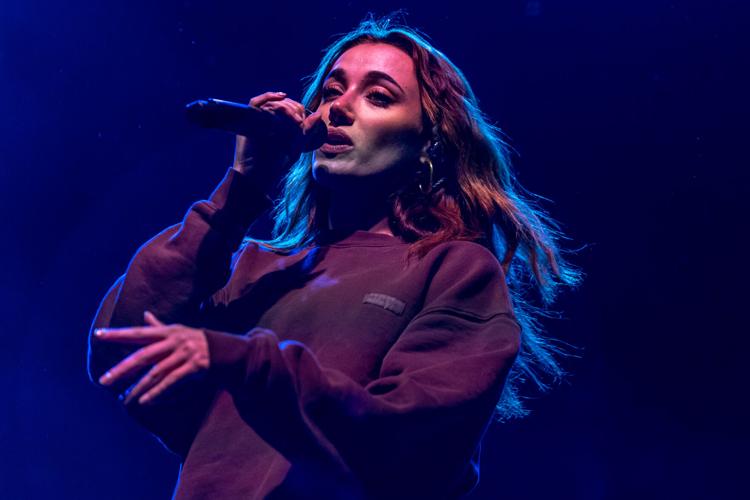 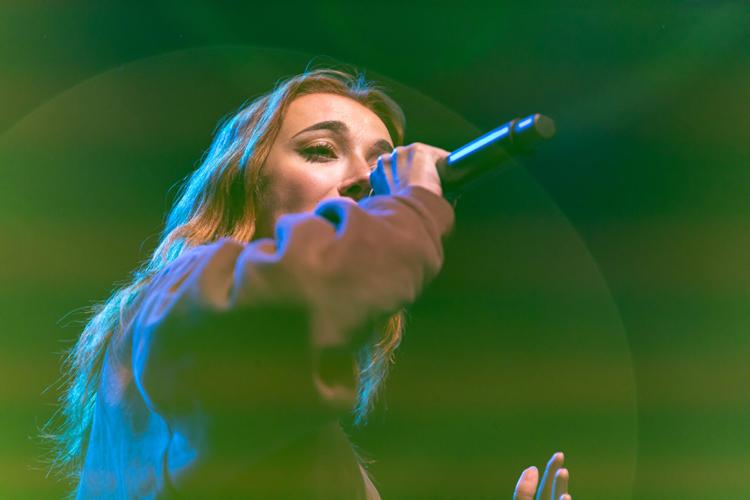 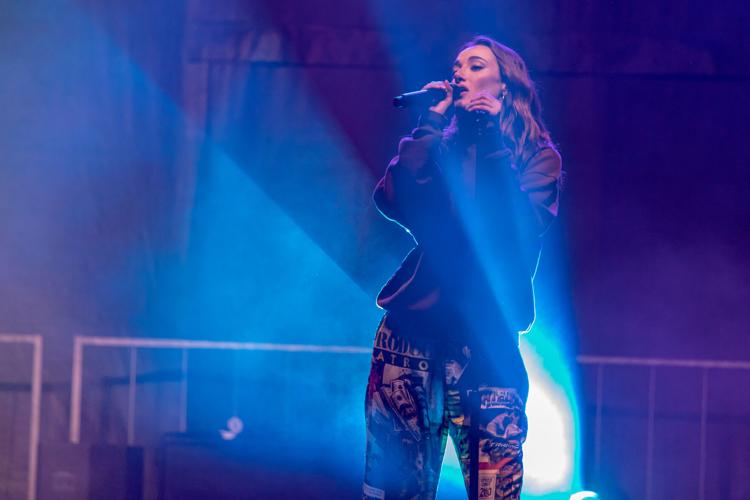 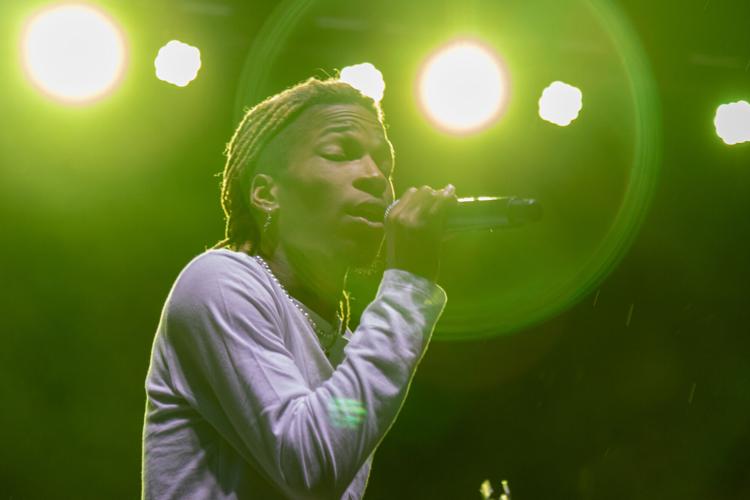 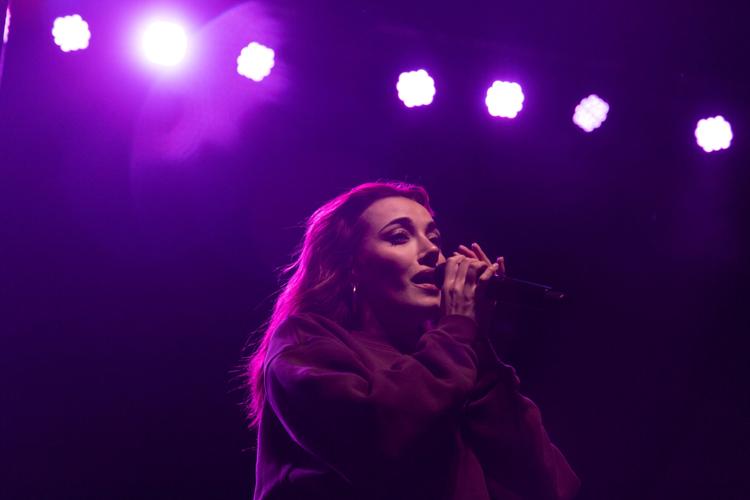 “From my point of view, [Valpo Vibes] went really well. I think a lot of people had fun, and we offered a lot of things to do to ensure they had fun. I’m glad it started early, especially to draw people away from the fire,” Clarke said.

Clarke credited Assistant Director of Student Activities and UPC advisor Molly Rabe for keeping the event under control when the fire broke out.

“I was shaken up because I had everything planned to a T,” Clarke said. “Molly grounded me and was like, ‘What do you have to do next? And we’ll just focus on that.’ We were keeping updates with VUPD (Valparaiso University Police Department), seeing if we can still do [the event] because we wanted to make sure that everyone was safe. It was outside, so we wanted to make sure smoke was not blowing in our area, and so we’re lucky that we were able to keep going with it.”

Attendees were also concerned about the fire but were still able to enjoy the event amidst uncertain circumstances regarding the far side of campus.

“It’s been crazy with this fire and stuff but I still made it to [the concert], and I’m having fun so far,” sophomore Chris Gatlin said.

Valpo Vibes kicked off at 5 p.m. with a festival on the West Lawn. Students could order food for free from Chunky’s Tacos and Valpo Velvet as well as try their hand at a zipline and a mechanical bull.

The concert itself began at 7 p.m. in Lot 15. The alt/indie/electronic band Flamingo Haze opened for the crowd.

“How we got into contact with them was they did an interview with the radio station here, 95.1 [The Source]. Then they got in contact with us and were like, ‘We have an interested artist.’ I think it was really cool having a local band come and perform. One of the players is a former Valpo alum, so that was really fun,” Clarke said.

“I know a lot of people loved him. He is so sweet. He was amazing to work with,” Clarke said.

By the time Olivia O’Brien came on stage, nearly 900 students were in attendance.

“A lot of people loved her. People were going crazy,” Clarke said.

Compared to the 600 attendees at Joywave’s performance in fall 2021, some students expressed their concerns about the packed crowd.

“The only downfall is if you’re close to the front, it’s claustrophobic,” said freshman Gianna Deveau.

“We’re hanging out in the back so we don’t get smushed by everybody,” said junior Maci Miller.

“When I talked to my friends afterward, they were like, ‘I’m definitely going to listen to their music now,’ which is kind of the point of this,” Clarke said. “We tried to get artists that aren’t the biggest because we don’t have the budget for that, but it also gives an opportunity for people to connect with music they haven’t heard of before.”

Clarke further explained the reasoning behind the artists UPC chose, specifically citing diversity and a change from past trends.

“In the past, we’ve had Panic! At The Disco, AJR, Joywave, which are all good artists, but we found the trend that it’s indie, white men,” Clarke said. “We’ve never had a female headliner before…and we’ve only had one other person of color before.”

Other students, such as junior Elliana Panepinto, enjoyed the performers but felt that having only one artist performing at Valpo Vibes would also work well.

“I think it would be cool if we had one bigger name artist come, but I really support [UPC] supporting local artists, so I understand that,” Panepinto said.

Valpo Vibes last occurred in the spring of 2019, but the pandemic led to cancellations the last two years. Therefore, Clarke felt that UPC had flexibility regarding planning because only current seniors had experienced Valpo Vibes before.

“It was made difficult in the aspect that no one on our [executive] board has ever experienced it because the oldest class we have is a junior,” Clarke said. “But at the same time, we planned the fall concert, so we had an experience of how things should run and what we should do. This is how we’re feeling in general with a lot of things COVID-related is that no one has experienced a lot of campus before it happened. So while we’re following some of the same traditions, we want to make it our own and not have it be the same.”

Although Clarke was the main leader of planning Valpo Vibes, she thanked numerous other people for helping restart the annual concert, including Molly Rabe, Ryan Bye, VUPD, Facility Maintenance, the UPC staff and student security volunteers.

“While there is one chair for this position (concert and entertainment), it takes a community to do so,” Clarke said. “I’m happy that this tradition happened and that we’re moving forward with it.”