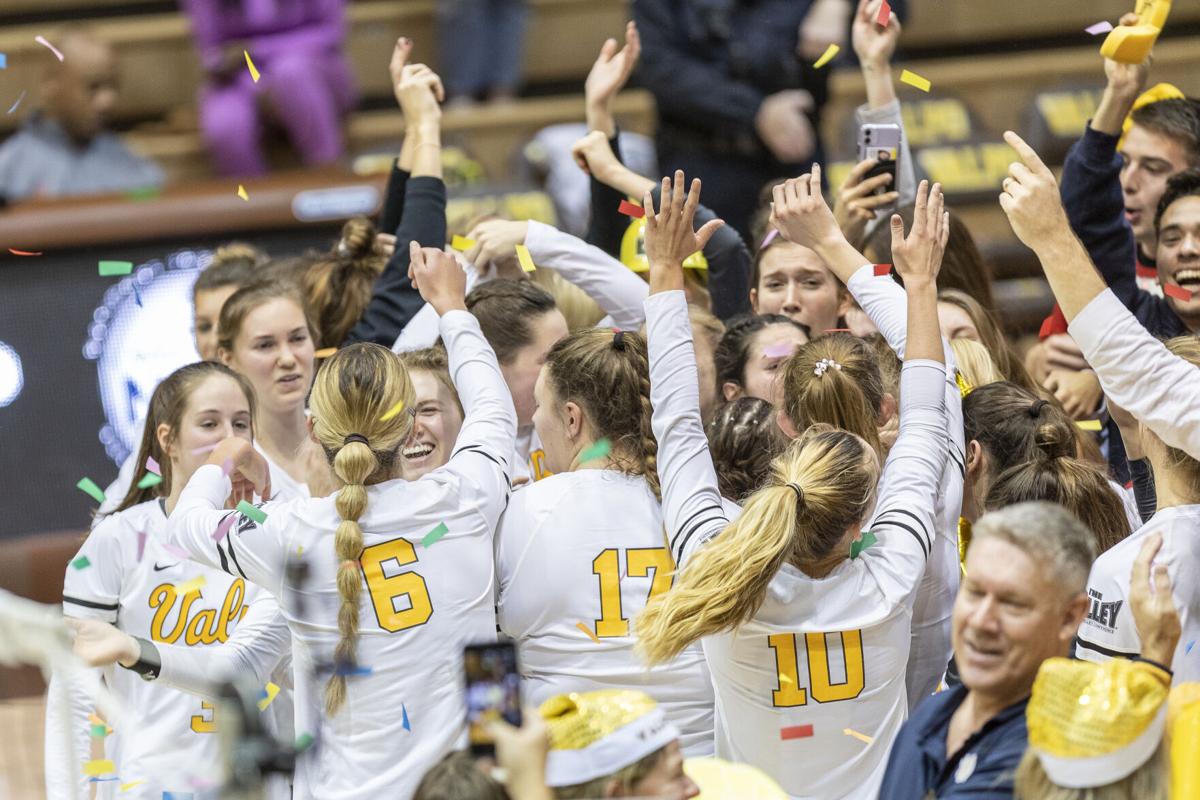 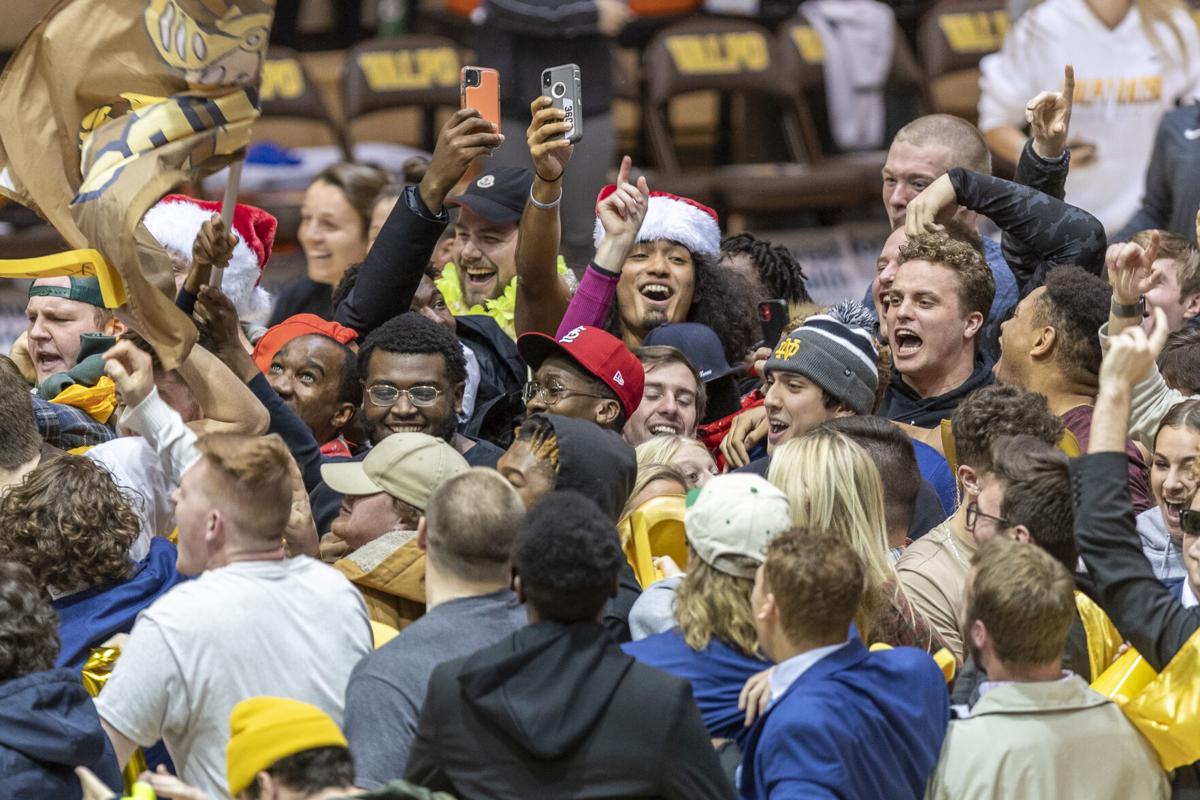 In the moments before Valparaiso University Women’s Volleyball sophomore Victoria Bulhman made the final kill of the match, junior Maddy Boyer felt some nerves on the sideline. But her confidence in her teammates superseded all that she felt during the match point.

“We pulled it out in the first two sets before, and I think that just everyone had confidence in the rest of the group,” Boyer said.

Once Valpo wrapped up the third set 26-24, the student section rushed the arena floor to celebrate the 3-0 sweep with the team over the University of Connecticut.

This was the first win over the Huskies in program history, giving them passage into the NIVC title match on Sunday, Dec. 11. This was also the team’s fourth sweep in the NIVC tournament.

The collective emotions of past success mixed with championship nostalgia was something Boyer felt in the moments after.

“Playing on another three set match is just a great feeling overall and getting an opportunity to play in the championship,” Boyer said.

A big part of the Beacons win over the Huskies, according to head coach Carin Avery, came from the collective community support.

“The crowd was a huge reason we were able to win because all of those three sets were so tight,” Avery said.

For many of the veteran players, having substantial community support was big, and even unheard of. The game had a crowd of 1,267 fans.

“We have never had this good of a student section before,” fifth year libero Rylee Cookerly said. “The students have been amazing this year. I feel like every game feels like we are celebrating the championship.”

Cookerly was 25 digs away from the NCAA Division I All-time digs record. She only etched in 14 against the Huskies.

Getting the chance for the program to be honored with some of the top Division I schools in the country is a part that Avery sees as part of this historical run for Valpo as a mid-major.

“If we can slide our name into that group, that is really special,” Avery said.

Each set came down to the wire, as both teams faced 32 ties over three sets.

Valpo won the first set 28-26. With both teams tied up at 26, the final two points were decided by a pair of kills, the first by junior Kara Cooper and then after by senior Haley Hart.

Valpo secured the second set 27-25 on a defensive note. After fifth year senior Peyton McCarthy killed the ball to regain the lead, she and Cooper blocked off the Huskies attack to take another close set.

McCarthy and Boyer both led the team with 12 of their own kills.

Valpo earned their 26th win of the season with the sweep over the Huskies.

Valpo will play the University of Nevada Las Vegas on Sunday, Dec. 12 for a 7 p.m. tipoff.