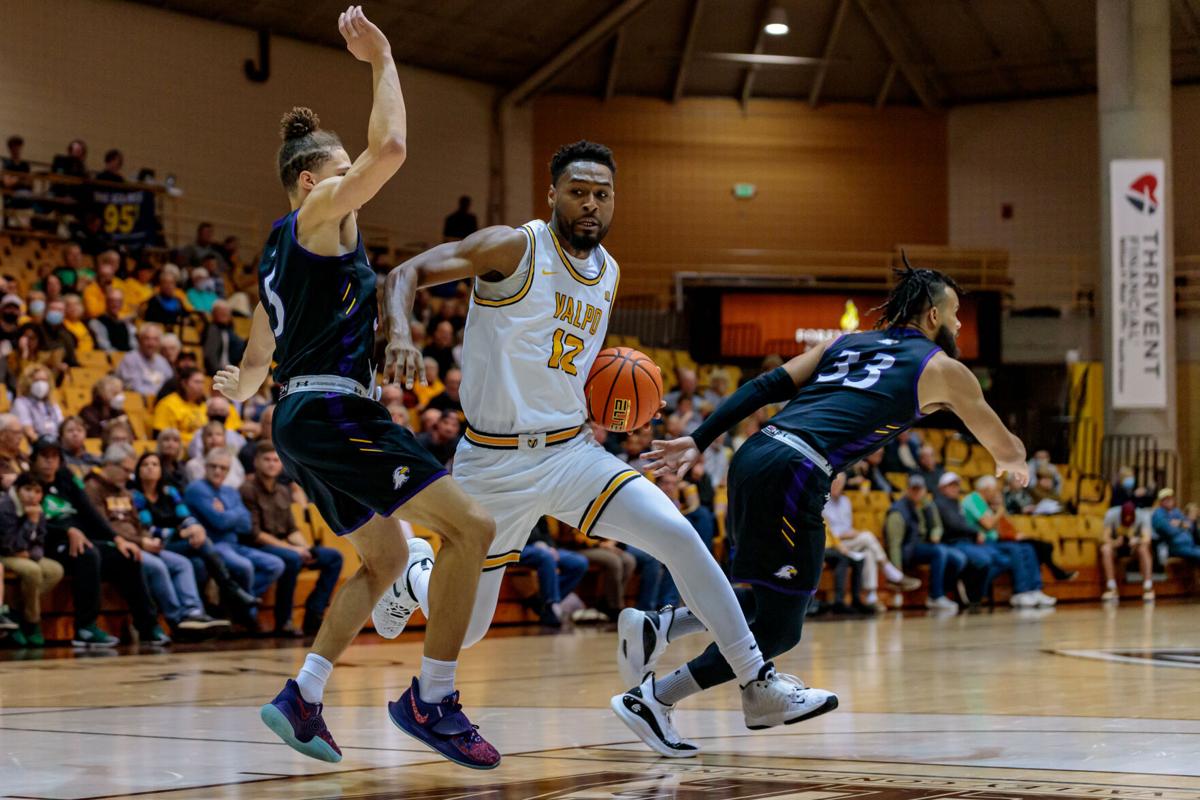 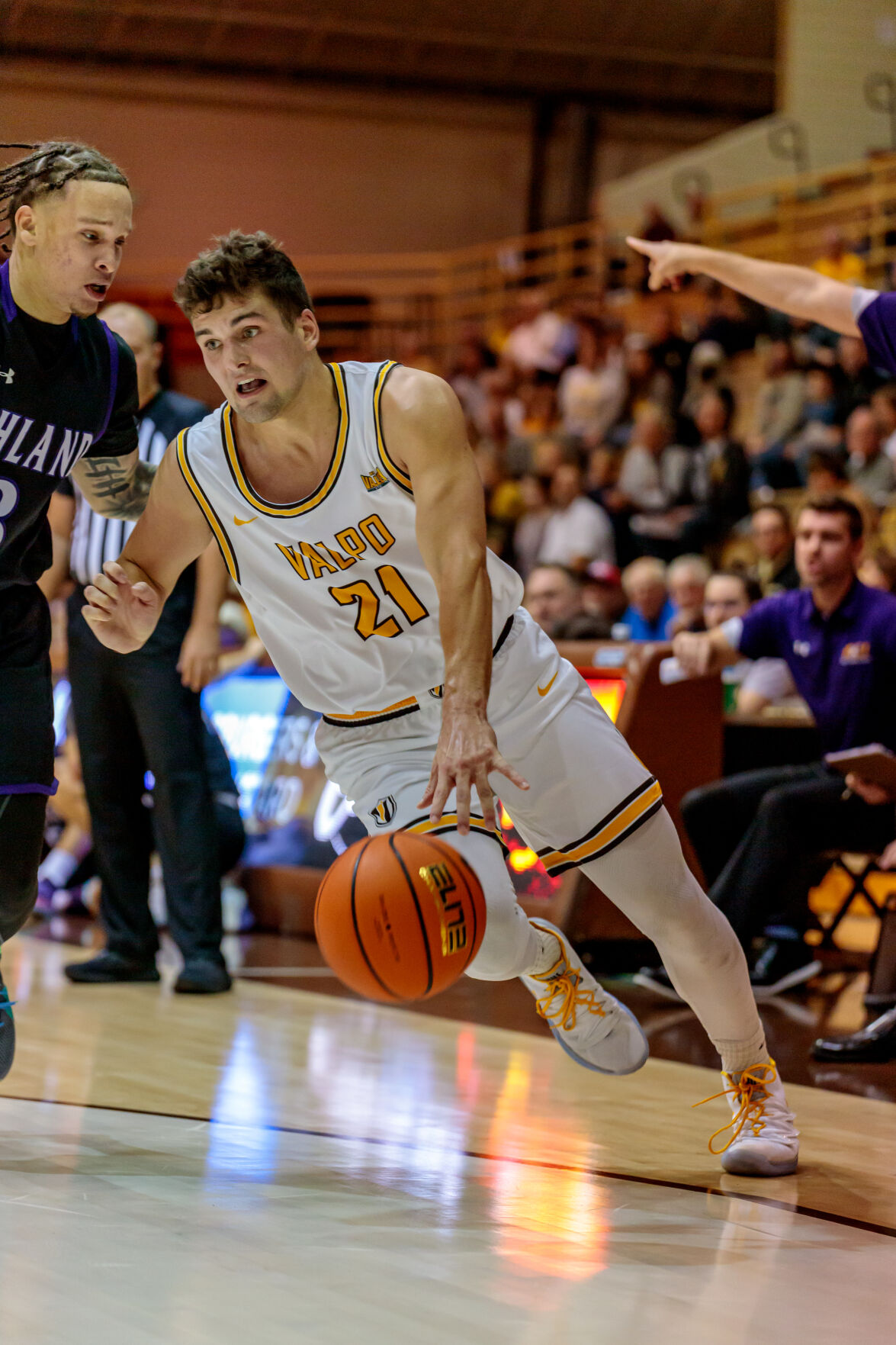 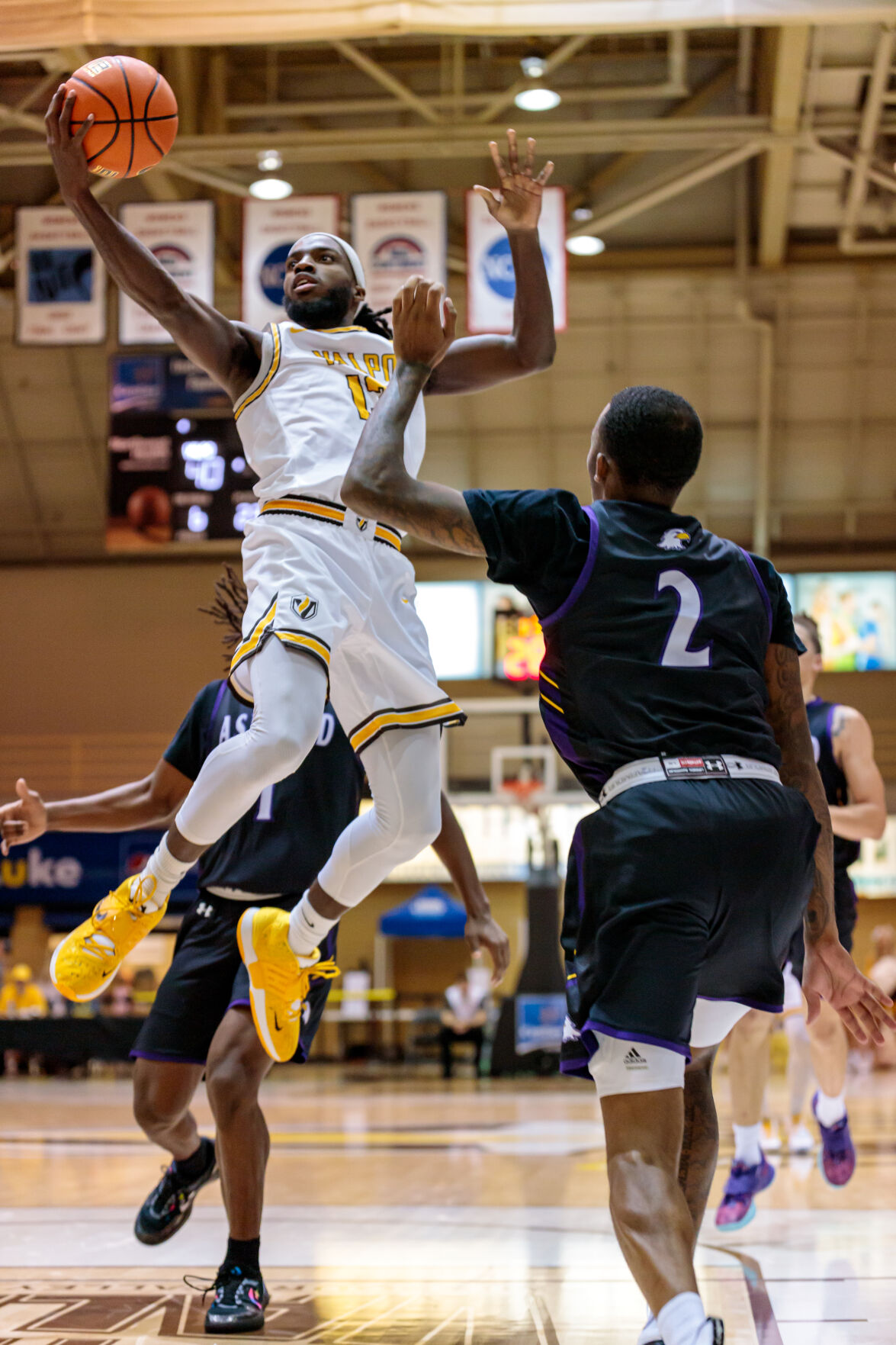 Valparaiso University fell short in their first exhibition game, losing 87-78 to Ashland at the ARC.

Many thought the Oct. 30 matchup would be easy for Valpo. However, Coach Matt Lottich knew Ashland, the defending Division II Great Lakes conference champions, would be a challenge from the outset.

“They are a Sweet Sixteen team, Division II team with everyone back,” Lottich said. “We scheduled this game for a reason. That reason was for them to come in here and fight and claw and give us a game.”

Trailing 5-0 early, sophomore Sheldon Edwards opened the scoring for the Beacons with his first of seven successful three-pointers.

Edwards proved to be the primary source of offense in the match, tallying a career-high 32 points. The second year guard is looking to follow up on his explosive freshman year where he was named to the Missouri Valley Conference (MVC) All-Freshman Team and led the team in made threes with seven.

With five transfers joining the team, several new players also made a big impact in the first game. Thomas Kithier, senior transfer from Michigan State, went four for four from the field with six rebounds in the first half and ended the night with a double-double, 16 points and 10 rebounds.

Ahsland held a narrow lead in the early going, but back-to-back layups by Kithier tied the game at 21 apiece with 11:12 to go. They kept within four points of their opponents the rest of the half and the score read 45-43 in favor of Ashland, once twenty minutes had passed.

At the start of the second half, Kithier and Edwards continued to stay on pace with Ashland, down just 53-51 with 15:06 remaining.

From there things went south quickly and Ashland outscored the home team 27-9 on their way to a 80-60 lead with 6:45 left in the game.

Three-pointers were a big part of Ashland’s success all night. They shot 62% from range.

Although Edwards sank seven of his own from beyond the arc, Coach Lottich noted that shooting threes actually set Valpo back.

“In that second half, we were jacking threes over and over again and it was leading to transition buckets for them,” Lottich said.

Valpo managed to put together a promising rally behind nine points from Edwards in the final six minutes. On the heels of Ashland, 84-78 at the 1:09 mark, freshman guard Preston Ruedinger missed an open three that would have cut the deficit to one possession.

“I’ve been impressed with his toughness from day one. I thought he gave us a huge lift,” Lottich said.

Junior Ben Krikke, named Preseason All-MVC Second Team, started off hot, going two for two in the paint to start. However, the forward left just four minutes into the game and did not return due to an ankle sprain. His early exit significantly hurt the team, as Coach Lottich planned for Krikke to play a big role.

“Ben has been absolutely dominating practice. We go to him early and often. Losing him really shortened our rotation,” Lottich said.

In the long run, Coach Lottich is focused on keeping the team true to its identity.

“We understand who we are and the work that we put in. We have to get healthy. We’ve got some guys that are banged up right now,” Lottich said.

In the wake of injuries, all four starters, minus Krikke, played over 30 minutes. Fifth transfer Kevion Taylor and sixth-year transfer Trevor Anderson were in the heavily used quartet.

Returning from last season, sixth-year senior Eron Gordon rounds out the group of only six Beacon players to score. Gordon is a versatile player and came off the bench for 29 minutes.

The loss is a disappointing start, but Kithier is confident that there was a positive takeaway and Valpo will bounce back.

“Sometimes it's good to have a team punch you in the mouth to see how you grow and come back from it. We’ll be ready for the next game,” Kithier said.

The Beacons also came up short during the second exhibition game, losing against Flagler 70-67. Valpo will officially start their season against the University of Toledo on Tuesday, Nov. 9. Tipoff starts at 6p.m.