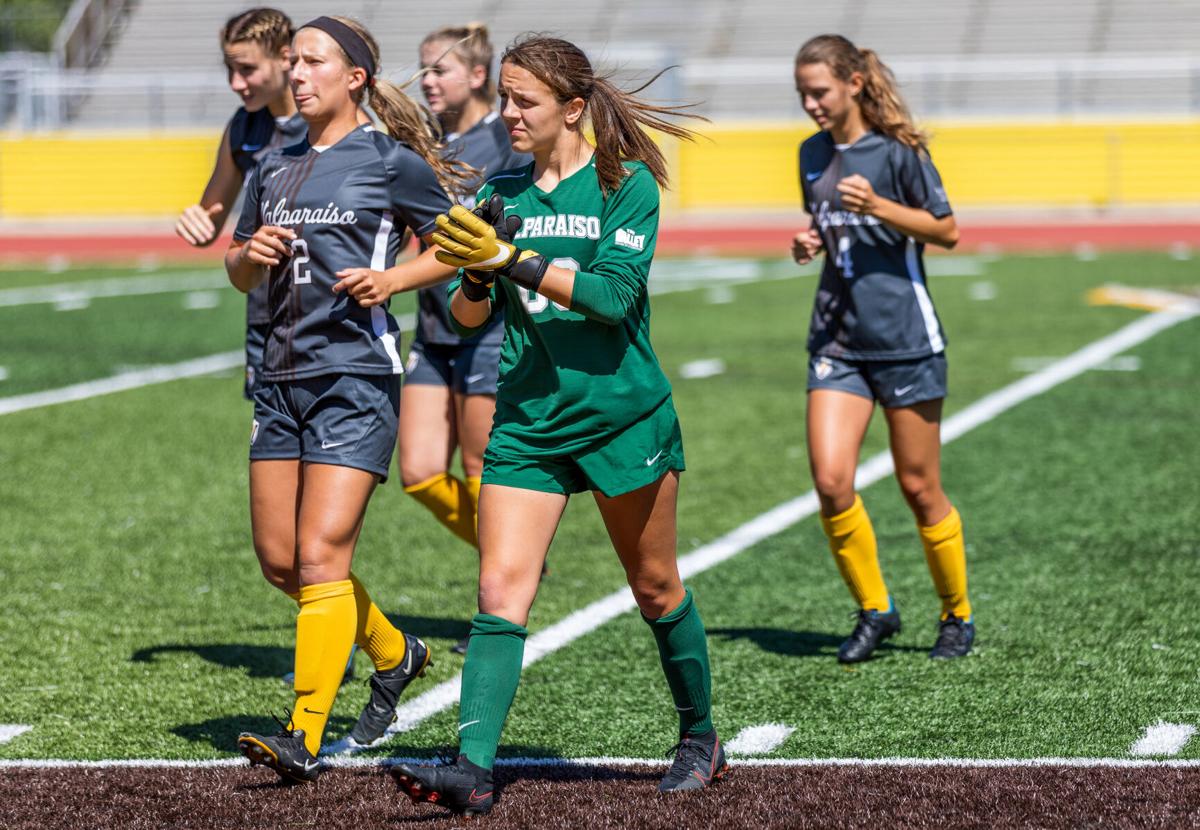 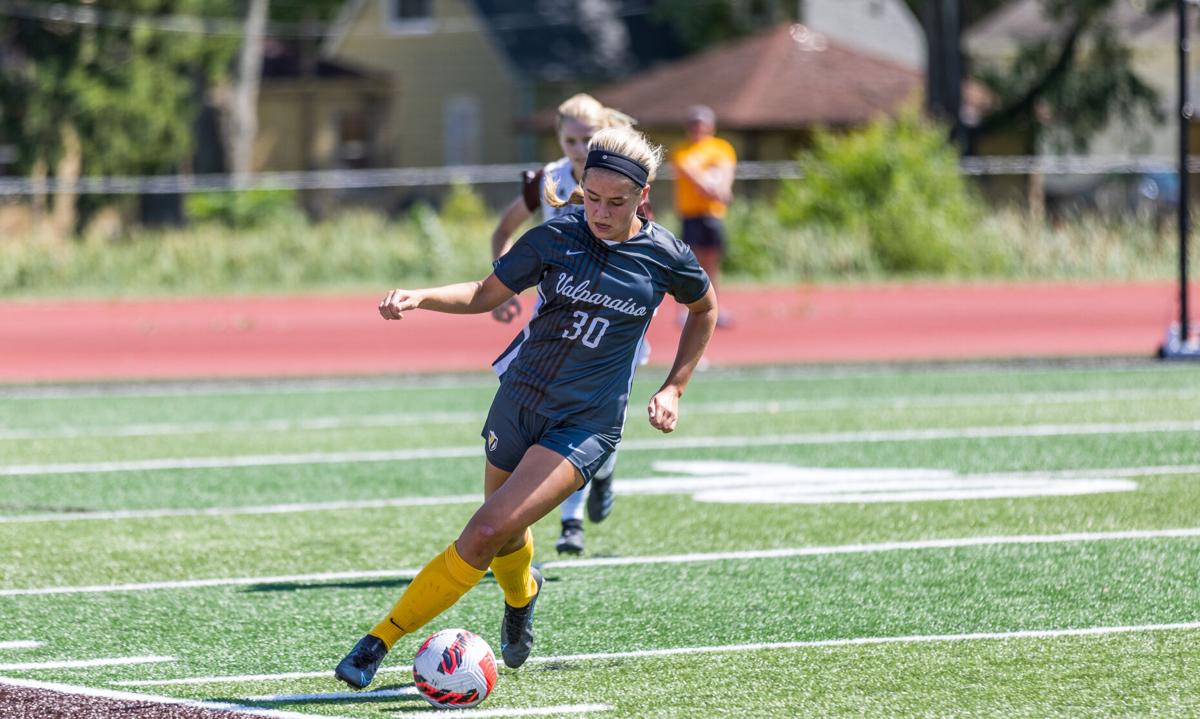 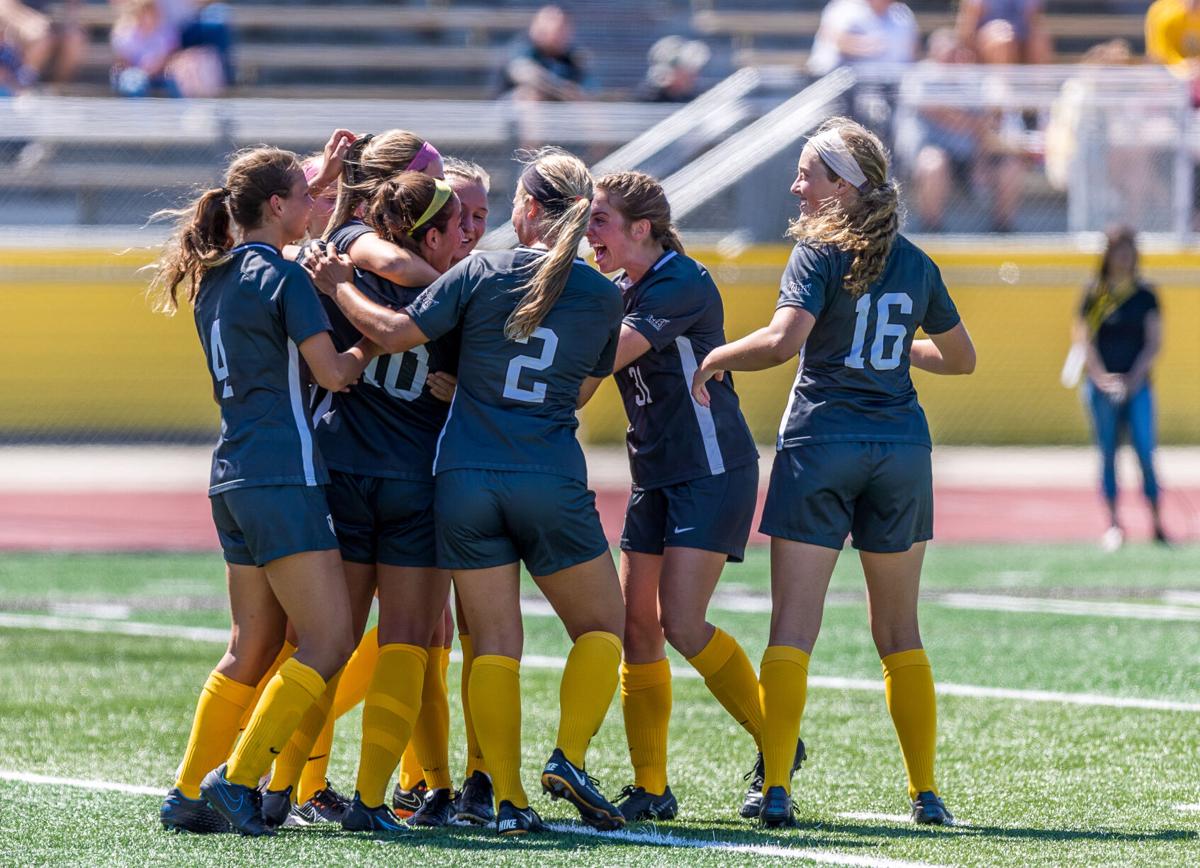 By 12 and a half minutes into the match, freshman forward Addy Joiner tapped in the game winning shot for Valparaiso University against St. Bonaventure.

Two more goals were scored down the line to win the match 3-0.

The plethora of goals that were scored, presented an example for Head Coach Jon Marovich that his team is now progressing offensively.

“Now we are getting shots,” Marovich said. “We are building, progressing as a unit and now we are starting to find the shots on goal.”

The Beacons attempted 23 shots, 14 of those shots on goal. Marovich commented that many of the top collegiate soccer teams achieve what the Beacons do and score 18-22% of their shots on goal.

Valpo’s three goals out of their 14 goal shots puts them in that target range at 21.4%.

Junior defender Nicole Norfolk felt that dominating offensive possession was a big part of them winning.

Marovich also credits his team’s constant pressure that they put on the other team, even though the early goal by Joiner helped simplify the game.

“Earlier makes it simpler, for sure,” Marovich said. “But it's just that constant pressure, and that pressure comes from the movement and the team building as a group.”

The first goal started with a corner kick off by junior defender Allie Anderson. The kick flew towards the six yard line, and Joiner headed the ball inside the right post to put Valpo up by one.

The first goal for the team was not what Marovich was excited about at the moment. He was more excited about getting to see Joiner live out the moment of scoring her first collegiate goal on Brown Field.

“She scored her first goal here when she was like eight years old in a camp game,” Marovich commented. “She got pictures of her in the locker room when she was 10. I am just so happy for her and for her family. I think it is wonderful for them. They have been looking forward to this for a long time.”

The cause for Valpo’s second goal came from the execution of sophomore forward Kelsie James' assist. James was able to dribble downfield and draw out St. Bonaventure’s defense and goalkeeper.

A pass from James to sophomore forward Lindsey DuSatko allowed DuSatko to tap in her first goal of the season with a wide open shot to put Valpo up 2-0.

The final goal was scored by James. Junior forward Kiley Dugan assisted James with a pass down the middle of the field to allow James 12 yards away to seal the deal.

The last time the Beacons scored three goals was back in Nov. 1, 2019 when Valpo defeated the University of Northern Iowa.

For the first time this season, Valpo secured a shutout win. The three goal cushion came from their depth of dominating players, according to Norfolk.

“As Coach [Marovich] always says, ‘We bring in starters, not people on the bench,” Norfolk said.