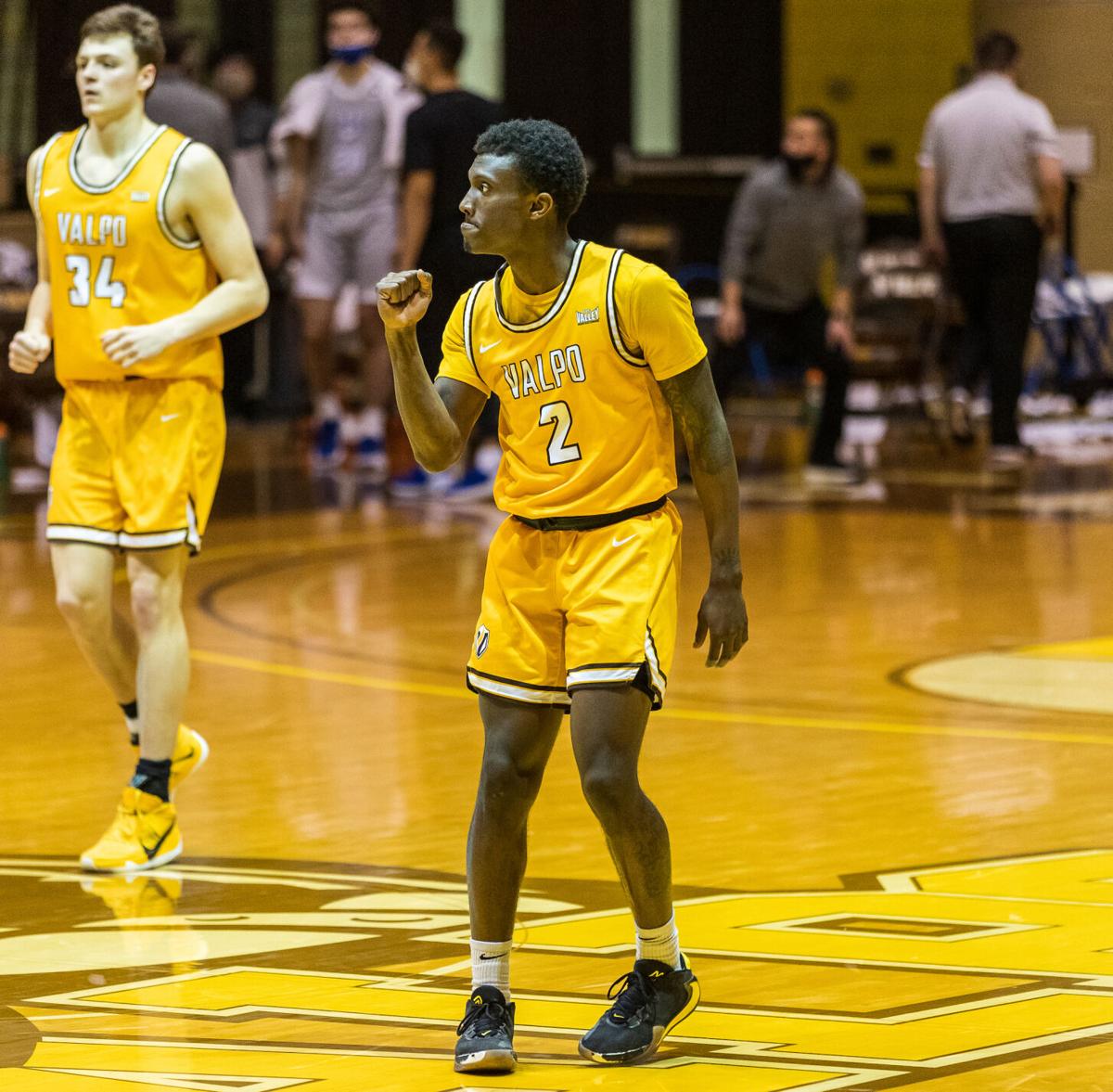 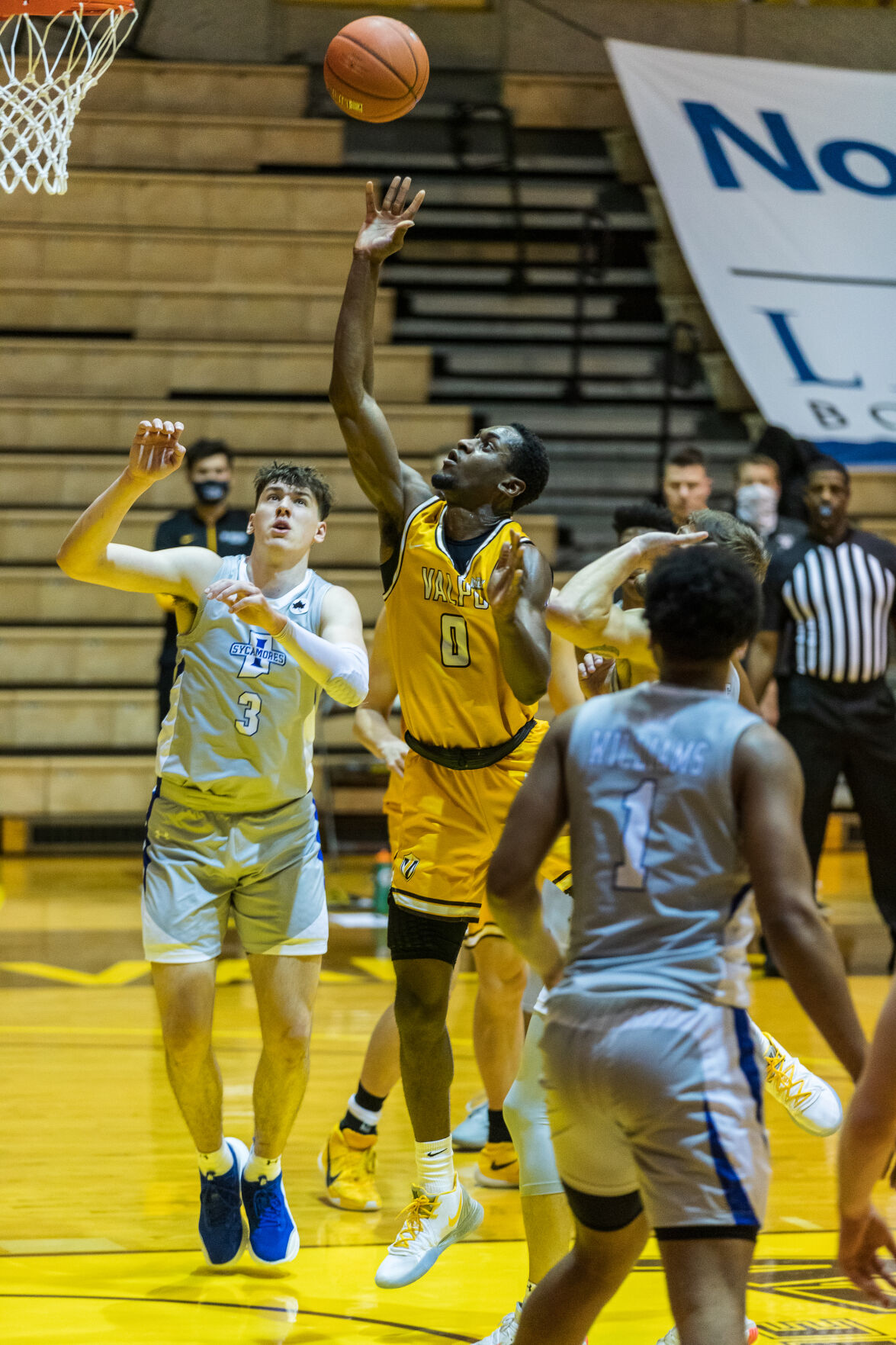 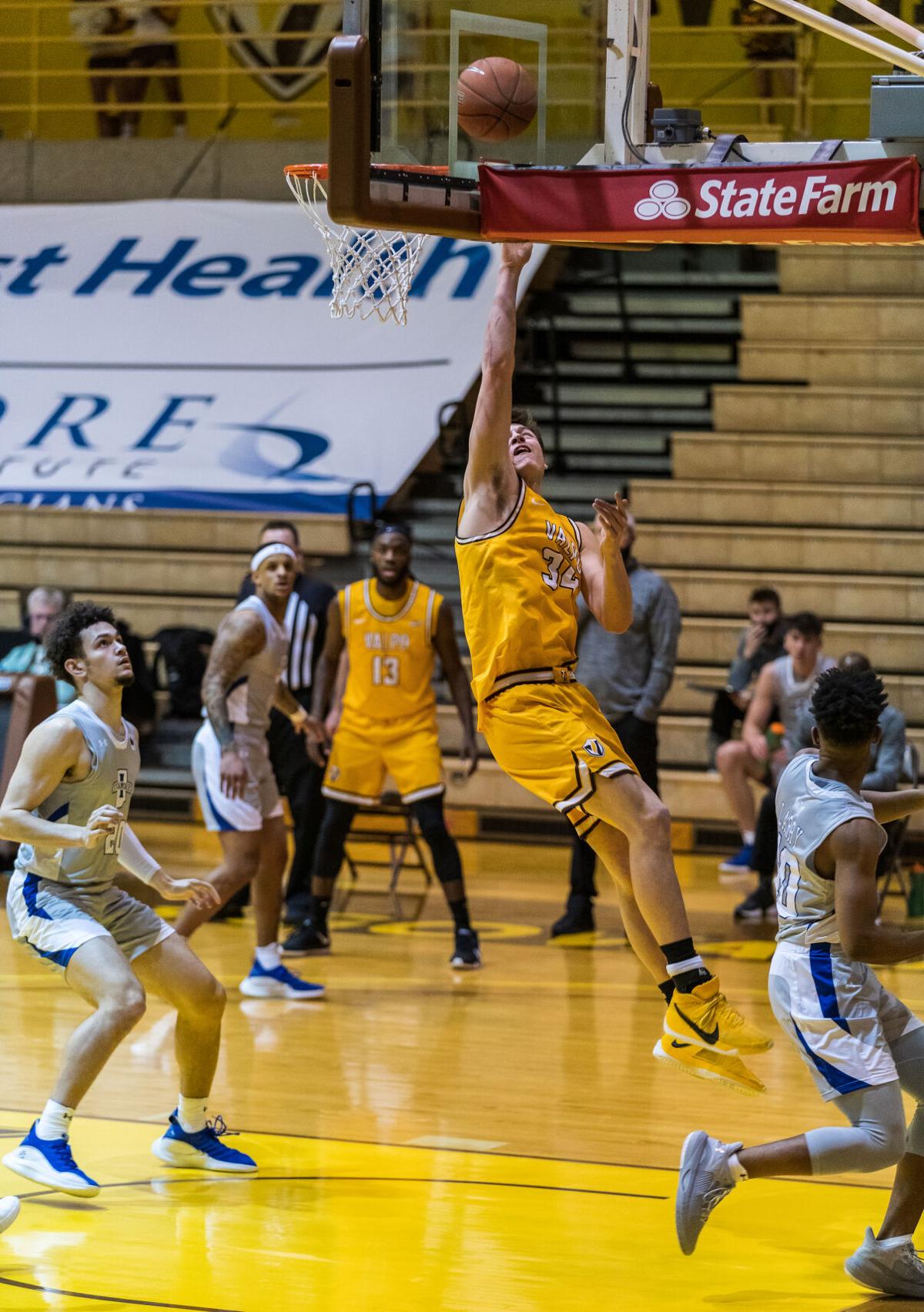 When the starters couldn’t produce, three of Valpo’s bench players combined for 46 of Valpo’s 49 points to beat Indiana State in game two, 70-58.

Defeating Indiana State and securing the first round bye for the Arch Madness tournament came after a tough loss 24 hours before.

Fifth year senior guard Zion Morgan commented that going from the first game to the second game required forgetting about the past and moving forward.

Morgan, third year sophomore Goodnews Kpegeol, and freshman forward Jacob Ognacevic were responsible for filling the offensive holes the starters could not.

Kpegeol’s offensive capabilities flipped when Valpo needed it the most.

24 hours before, the sophomore guard only played for 81 seconds and did not score a single basket.

“[He had] great energy, disruptive defense,” said Lottich. “I thought he stayed within himself.”

Morgan commented that winning requires trusting what the coaches do, deciding which player comes in to best help them win.

“We get ready to go out there and take it to a whole other level, and that is what happened tonight,” said Morgan.

Ognacevic shot 19 points and earned a new second best in over 25 minutes. He hit five three pointers during this game, but also finished a point shy of his personal best.

“I have felt I have gotten better as the season has gone on. It has been a good experience so far.” Ognacevic said.

This offensive turnaround came after the team shot a season low 29.1% during the first matchup against the Sycamores, losing 58-43.

Valpo clipped 54% during game two, their second best shooting performance on the season.

“It is time for the next game, and we're gonna be prepared to do what we gotta do and leave it all on the floor,” said Morgan. “Just like we did today, and take it to another notch.”

With the sixth seed secured, Valpo will begin their post-season journey to St. Louis as they are slated to take on Missouri State on Friday, Mar. 5. Game tips off at 8:08 pm.