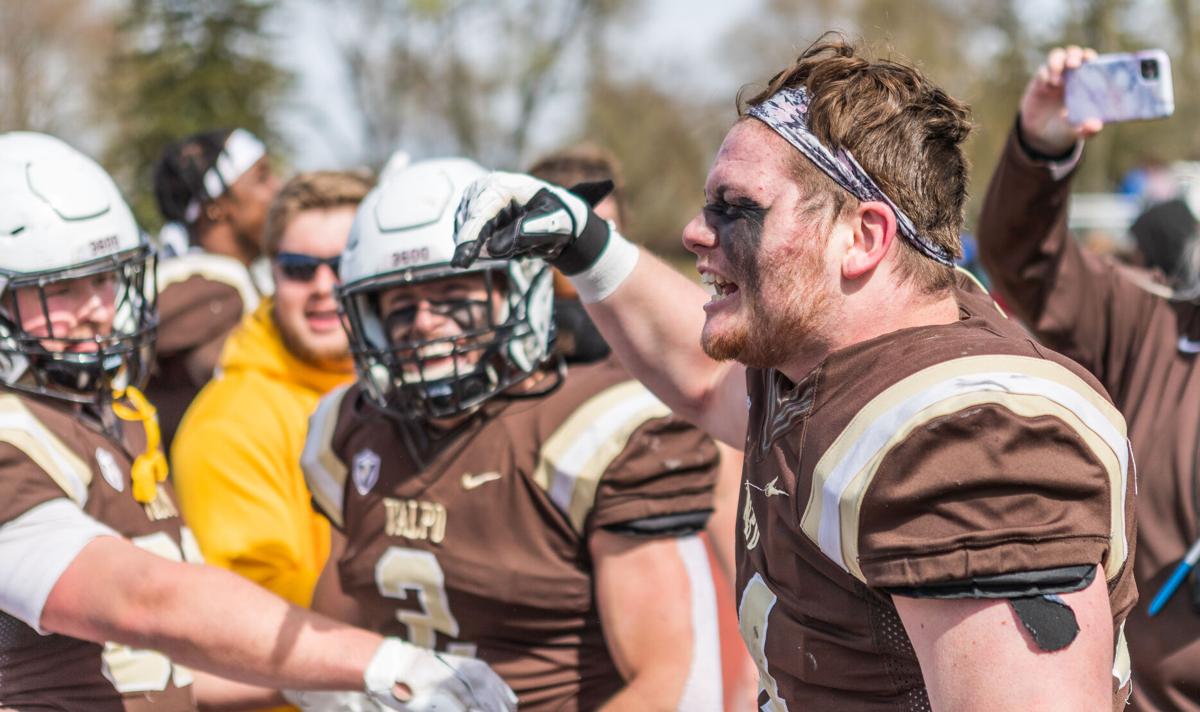 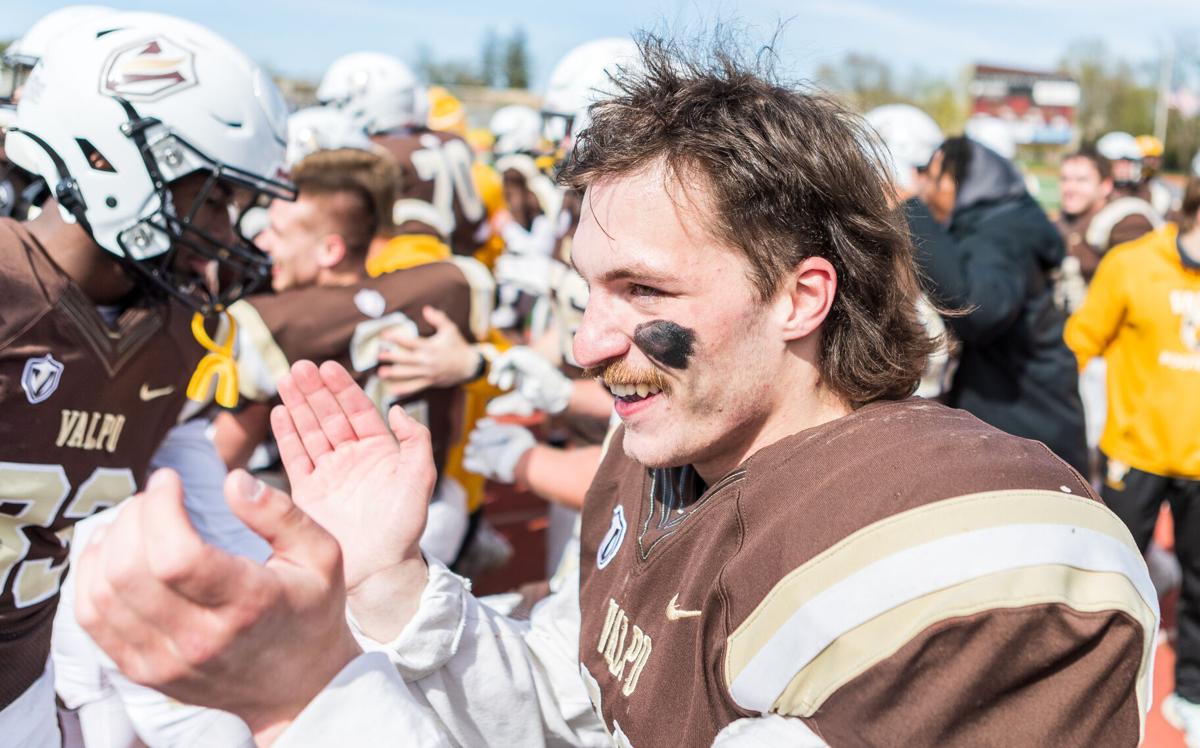 Freshman receiver Braden Contreras was cutting it a bit close when he caught his pass in the back corner of the endzone.

Officials did not make the call initially, but after Contreras argued that he kept his foot inbounds for the catch, the referees made the touchdown call.

His catch, in conjunction with the extra point made by junior kicker Brian Bartholomew, gave Valpo the lead and a 20-19 win over San Diego.

“I was just yelling,” Contreras said. “My mind was going a million miles an hour. I definitely got my foot down.”

From his perspective, quarterback Ben Nimz wasn’t worried about the call. He was confident that Contreras caught the game winning touchdown.

“I saw him put his foot down, I knew he caught it,” Nimz said.

Nimz started at the helm, connecting 10 of his 21 passing attempts for 193 yards against the Toreros.

With the team’s first lead over the Toreros, Valpo’s defense needed to stall them with 21 seconds left in the game.

An interception by freshman defensive back Alex Carrillo on the two yard line stalled San Diego.

The game was not without grit, as head coach Landon Fox commented that this win was not close to the best they have played all season.

“The whole game wasn’t easy,” said Fox, “The cool thing is that wasn’t our best performance, and we still found a way to beat a really good team.”

The Brown and Gold will end their season tied for second place with Morehead State and San Diego.

There was the chance the team was going to share first place honors. 4-1 Davidson was scheduled to play against 0-4 Stetson, but the game was cancelled due to a COVID-19 outbreak.

With the winning season ending at 4-2, Contreras commented that the team is confident they can be favorites in the Pioneer Football League (PFL) with how the team handled themselves this season.

“We know we can beat these teams, we know we can run this league, and we just proved it today,” Contreras said.

Fox said that the results earned will present more challenges ahead of them.

Valpo’s 2021 record earned their best winning percentage since the 2003 season when the team was formerly coached under Tom Horne.

That year was the last time Valpo won against San Diego.

Getting to play all six of their games is something that the team is grateful for having. Nimz commented that this season was special to help everyone get through the tough times due to the COVID-19 pandemic.

“It has been tough times for everyone, and just having this season at this time has been really special, and it is amazing,” Nimz said.

With the team finishing their first winning season since 2003, the Brown and Gold will look to switch their season game plan back to the fall with the summer ahead of them.