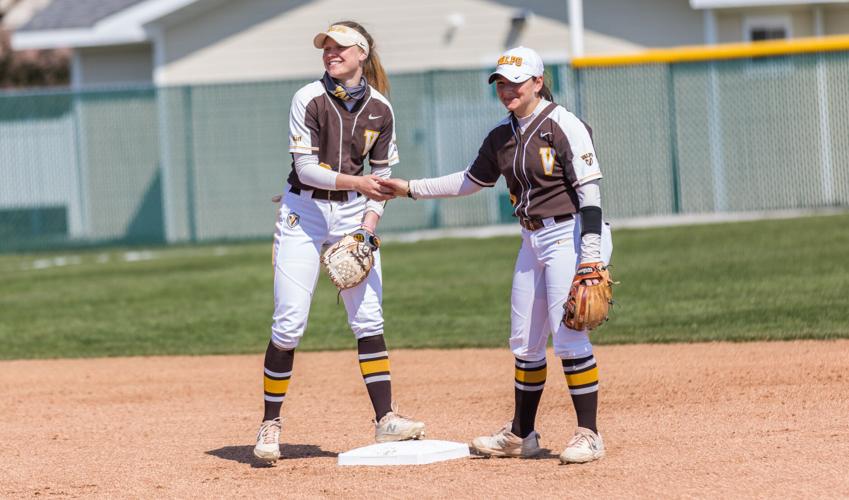 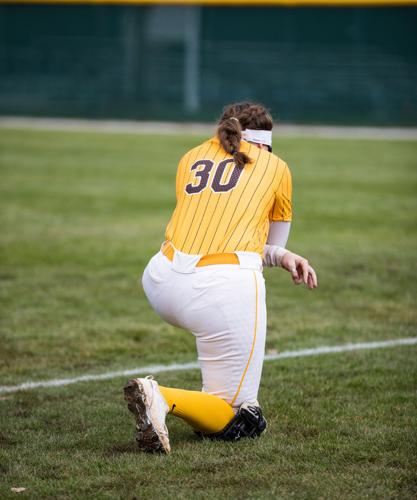 Religion plays a role on the biggest stages in professional sports. From Tim Tebow’s distinguishing Bible verses in his eye black to Enes Kanter breaking his fast during an NBA game and countless athletes giving praise to the Lord in post-game interviews. The cornerstones of a successful sports team overlap with religion, dictating selflessness, perseverance and respect.

At Valparaiso, while faith is a core value of the university, it’s often most visible at the Chapel of the Resurrection and less noticeable around the rest of campus. Underneath the surface, a grounded faith is making a big impact in athletics.

When senior Jaina Westphal first joined the softball team, she had little experience with Christianity and did not consider herself religious. For the first two years of her career, she continued as a non-believer, but constant exposure piqued her curiosity.

“We used to pray before every game, my coaches were very faithful, and occasionally we would play worship music,” Westphal said. “It was a lot of small influences that pushed me to take the next step and go to church.”

A big influence in Westphal’s journey was her friendship with teammate Ryan Milkowski. Milkowski wears her faith on her sleeve, often praying and selecting “Hills and Valleys” by Tauren Wells as her walk-up song.

“I think it gives a good perspective on the game and grounds me,” Milkowski said. “Before every game I say, ‘I hope everything I do on this field glorifies You.’”

After helping each other grow in their beliefs, Milkowski and Westphal shared their faith and were baptized together at Valparaiso Nazarene Church in November.

“Ryan was the person that got me to where I was today, so it was so special to be born together in Christ,” Westphal said. “It meant everything.”

With her new-found belief, she discovered that her attitudes changed on the field too.

“Whenever there are errors or I strike out, I know that God is there and there is a life to live for in Christ,” Westphal said. “It helps me play loose and free. It is strengthening to know that He is there.”

This sense of freedom isn't exclusive to softball. Junior Joe Hedstorm of the men’s basketball team feels his strong faith empowers him on the court as well.

“Something big with being in Division I sports is nerves,” Hedstrom said. “With Jesus you know your identity is in Him. I think it helps me play freely on the court. I want to play fearlessly and competitively with a lot of joy.”

Hedstrom’s experience since transferring to Valparaiso this fall has kept Christ at the center. Every Friday, local chaplain Dan Luce would talk with the team about many issues. Luce even traveled with the team on occasion. Hedstrom was also able to have conversations about religion with head coach Matt Lottich and junior teammate Ben Krikke.

Away from the team, he and Krikke attend weekly Fellowship of Christian Athletes (FCA) meetings. The group, led by senior Ben Anspaugh, organizes regular Bible studies for both university and local athletes. FCA seeks to build a community of disciples and encourage each other in their faith.

“Now more than ever, our culture really values sports, so coaches and athletes have a ton of influence,” Anspaugh said. “We help them learn how to use that influence to glorify the Lord and build relationships with those around them. We have the unique opportunity to put Valpo's values into the context of sports.”

Next year Anspaugh is leaving to pursue a similar role at an FCA group in Chicago, so Hedstrom committed to serving as FCA co-president at Valparaiso. He hopes to continue spreading the values Valpo was built on to the world of sports.

“My goal is to lead with vulnerability,” Hedstrom said. “We might have leaders, but we are just like another person in the group sharing brotherly love in Christ.”