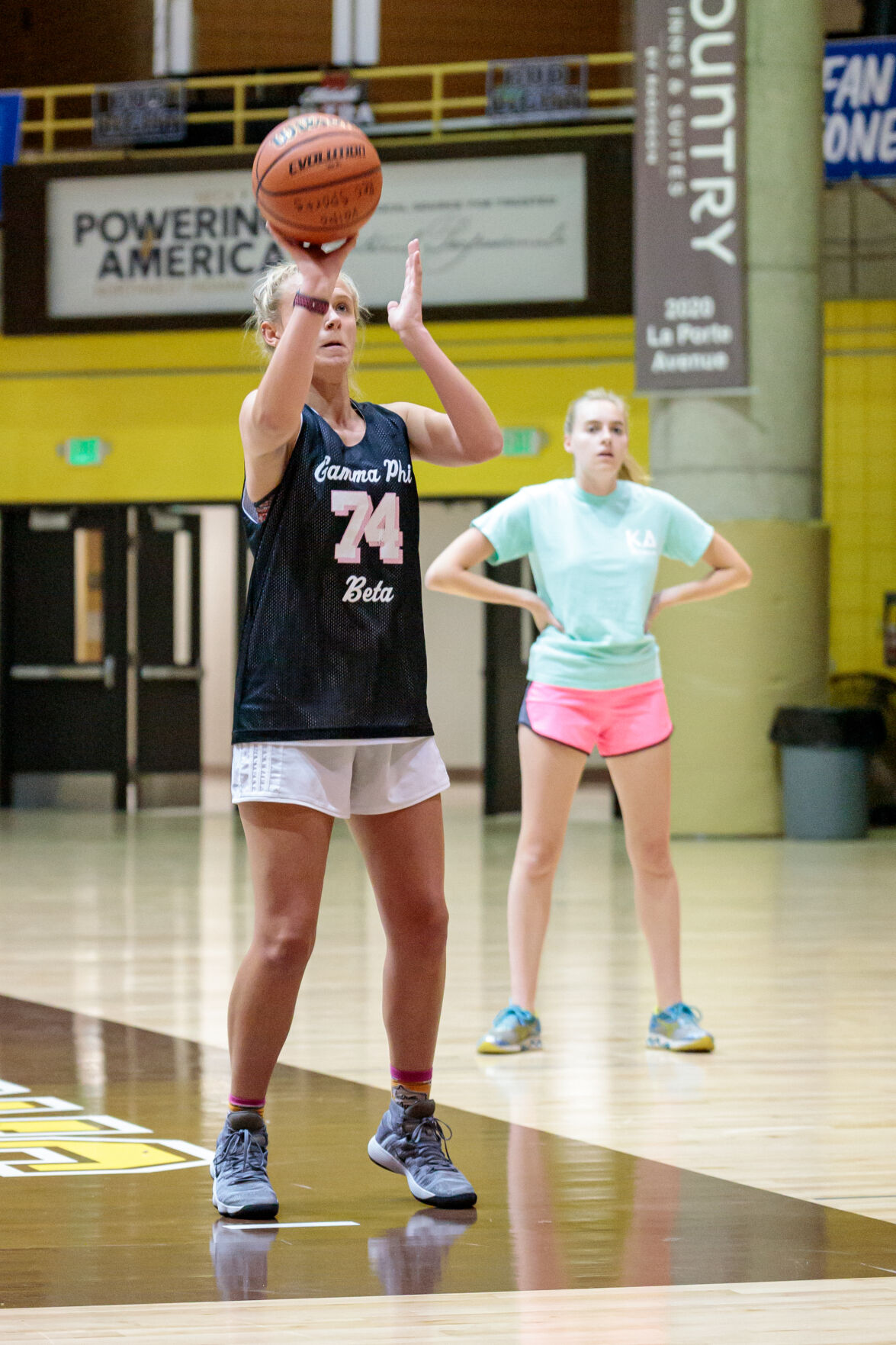 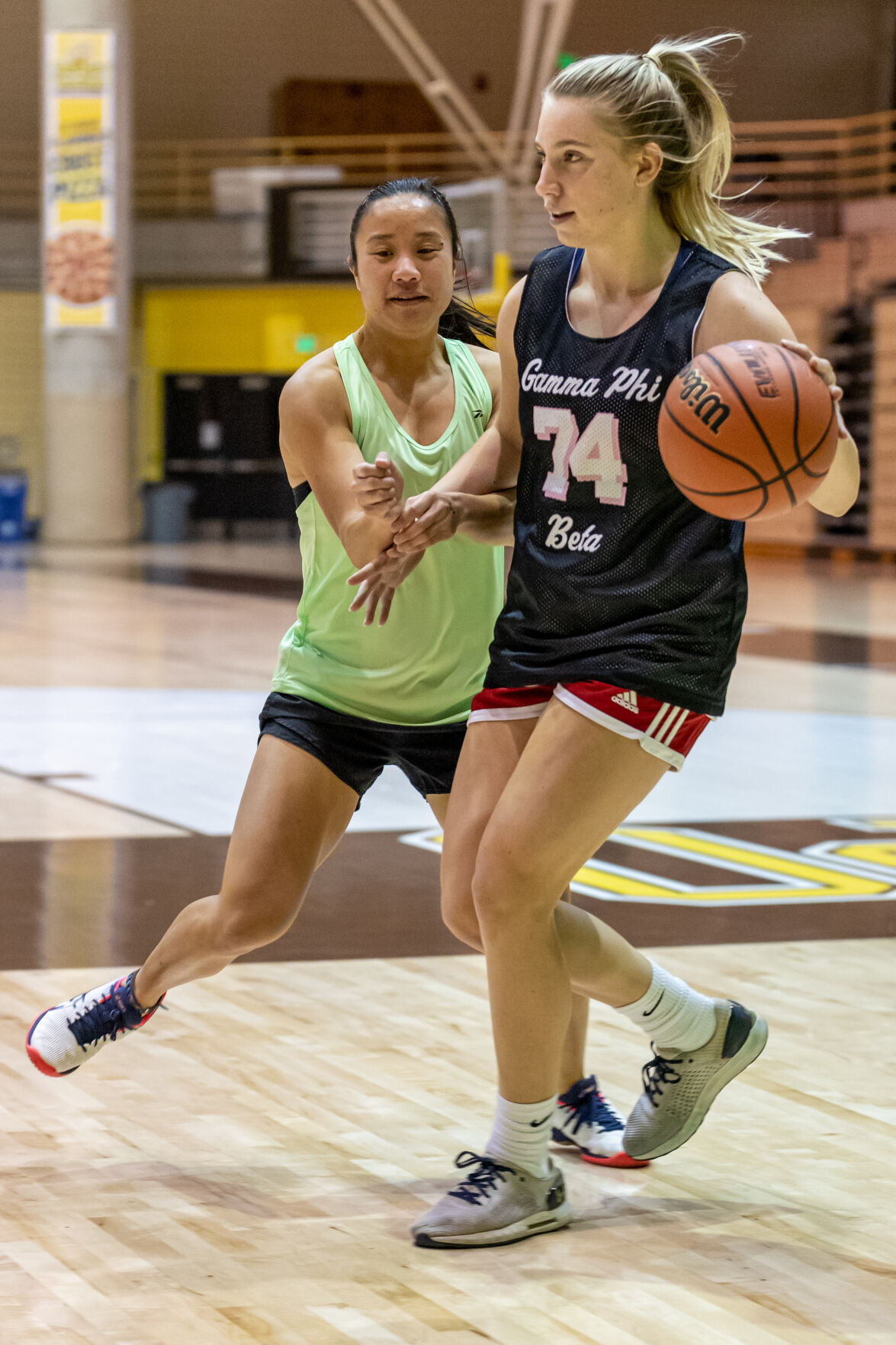 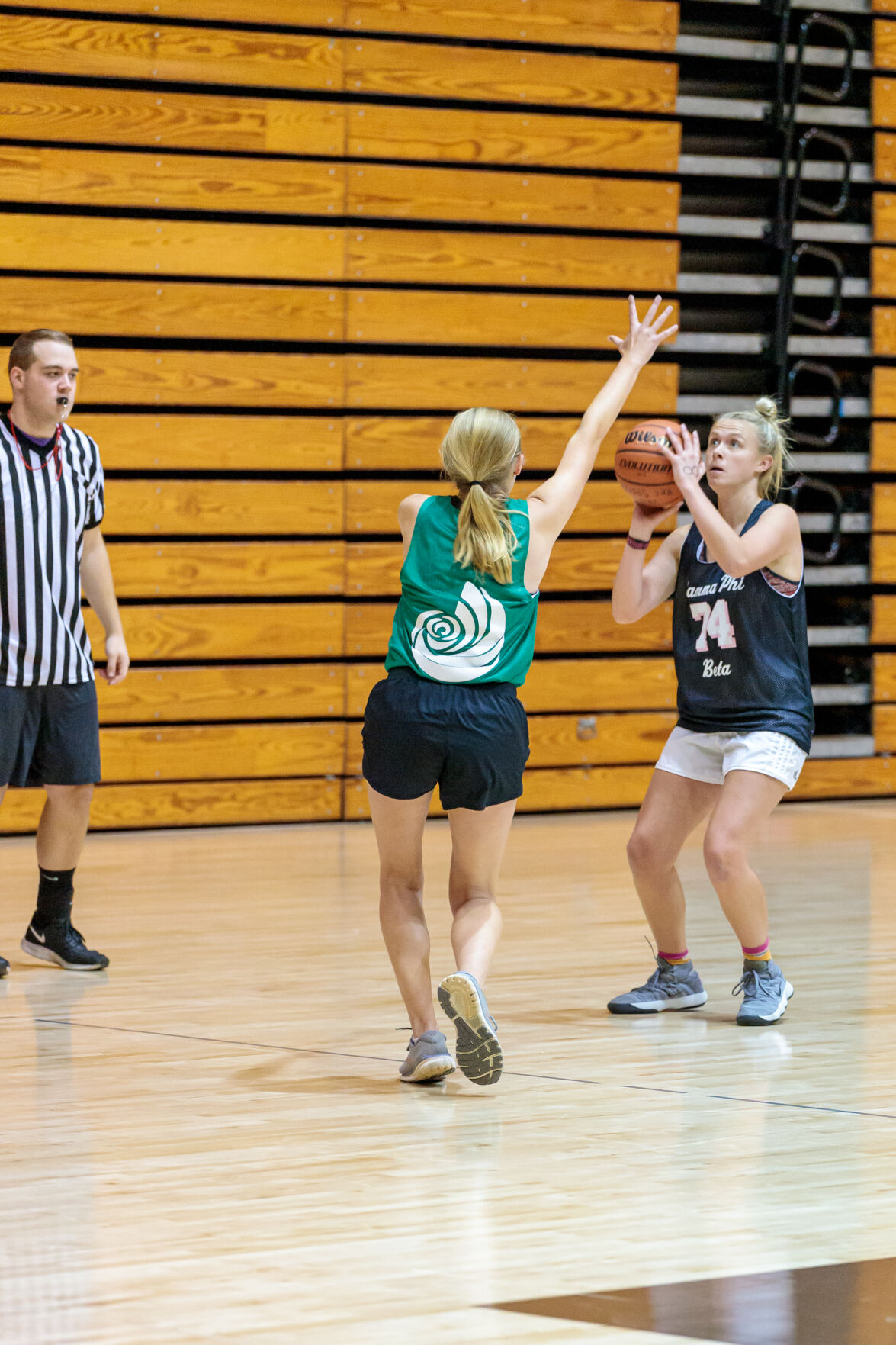 After a strong 22-5 first half, it seemed Gamma Phi Beta (GPhi) was going to continue to outscore Kappa Delta in their meeting on the intramural basketball court.

Although Kappa Delta was able to outscore Gamma Phi Beta 12-11 in the second half, the comeback wouldn’t be enough as GPhi defeated KD 34-16 at the end.

GPhi did it with no substitutes on the bench.

“The game went well,” team captain Sarah Fronk said. “This is the first game that we won so far with the least amount of people we had playing so far.”

GPhi started off strong with a 7-0 run in the first six minutes of the first half.

“It was kind of a struggle to sync baskets, so it felt nice to get a lead and maintain it,” said GPhi guard Faith Briars.

Offensive output for GPhi was Lilly Manke. She shot 15 of GPhi’s 22 points in the first half.

The lead buildup was plentiful for GPhi, getting up as high as 26-6 in the second half with about 11 minutes left.

Kappa Delta was restricted to only making two of their 11 shots in the first 20 minutes of the game.

“I like our tenacious energy,” Briars said. “We are always looking to get a steal in, especially up top whenever they are coming down with the ball.”

During the second half, GPhi’s limited roster saw a stretch of no scoring for 10 minutes before they began scoring again.

“I think we were just more tired in the second half to be honest,” Fronk said.

Briars believed that if the team had more energy, they would have produced more offensively in the second half.

“If we had a little bit more energy in us, I think we would’ve been able to analyze that and come up with a better strategy,” Briars said.

Kappa Delta’s own Grace Peacock was responsible for the sole five points of the first half, scoring two baskets and scoring one free throw on the charity stripe.

With five minutes left in the second half, Kappa Delta finally reached 10 points before GPhi called a timeout.

Fronk finished the game with eight points, all of them inside the perimeter.

Briars also finished the game with eight points that included two free throws and the team’s only three pointer of the game.