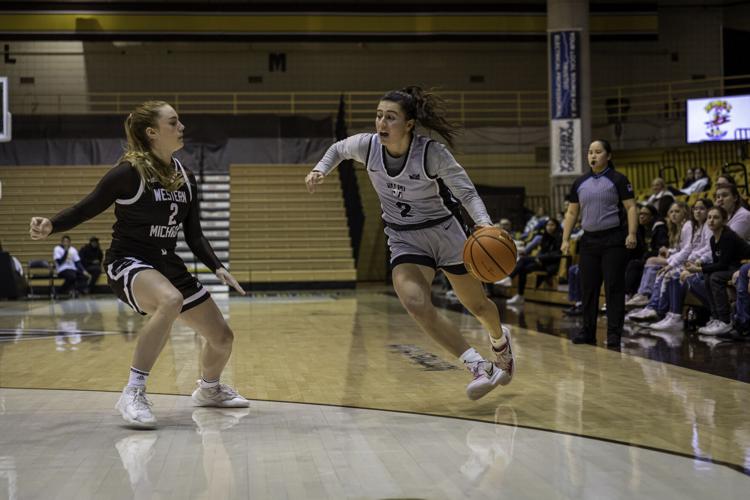 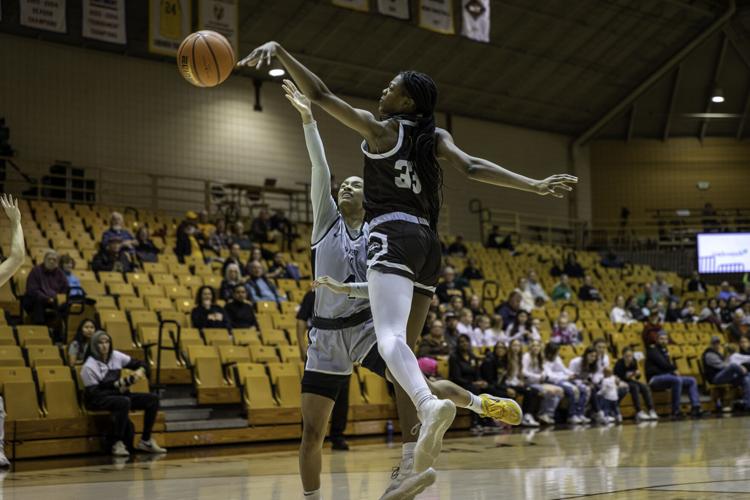 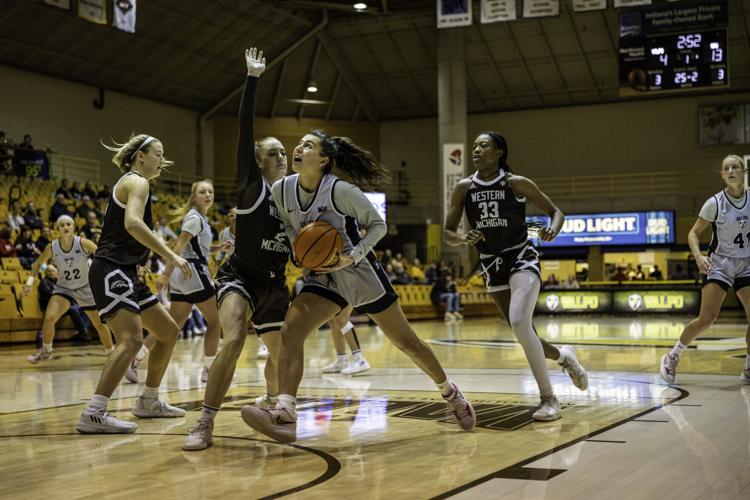 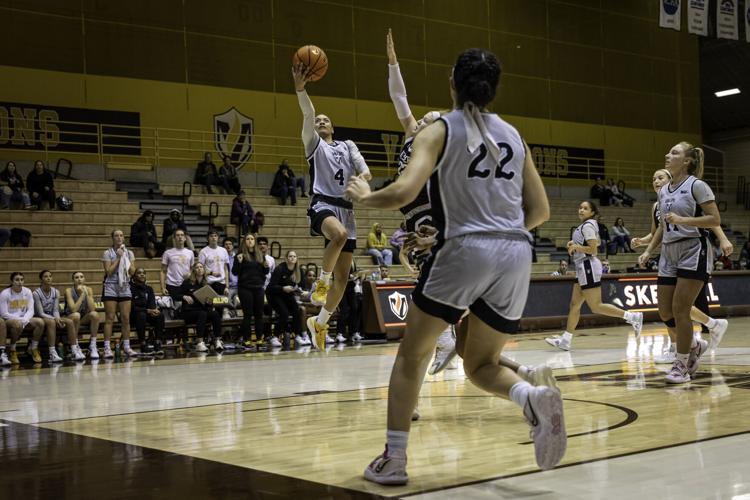 Even after shooting 50% from the floor and 38.5% from three-point range, Valpo women’s basketball couldn’t find a win against Western Michigan. The team ultimately lost 68-62 at the Athletics-Recreation Center on Dec. 7.

“I think we got off to a slow start in the first half. I think we played a better second quarter and we played a good third quarter and I thought we finished strong. This was an opportunity for us to make a decision. It’s what we just talked about, was us as a team collectively making a decision to not lose basketball games because of things we can control,” said head coach Mary Evans

Fifth year guard Ilysse Pitts led the way early on for the Beacons. She scored Valpo’s opening basket on a put-back layup and finished as Valpo’s leading scorer in the first half with nine points.

Not much went right for Valpo after Pitts’ opening basket. Western Michigan proceeded on an 11-0 and Valpo trailed 11-2 halfway through the first period.

“Like Coach [Evans] talked about, we just have to do the little things better like offensive rebounding, boxing out every time. Just like little things that seem like they should be a given but sometimes I feel like we slip up on them in the beginning and that’s how they [the opponent] get quick starts. We just have to be better overall,” senior guard Olivia Brown said.

Junior forward Jayda Johnston managed to bring Valpo within five points thanks to a three-point play. Johnston got a pass from junior guard/forward Leah Earnest and made the layup while getting fouled. She converted the free throw to make it 16-9 in favor of Western Michigan with two minutes remaining in the first quarter. Despite their efforts, Valpo would close the first quarter trailing 20-11.

“It’s nice to be back on the basketball court playing in games but I think we just all need to come together and play together and trust one another,” Johnston said. “When we run our offense the way we’re supposed to run it we score, we do things right and we’ve seen it. [Evans] shows us the next day in practice ‘this works so let’s do this’ and it’s going to click.”

It was a slow second quarter, with both teams scoring an even 14 points. At the half, Valpo still trailed by a score of 34-25.

It was all Western Michigan to open the third, as they extended their lead to 13 points early on. Brown began to find her rhythm, knocking down two three-pointers to help her team to an 8-0 run. Johnston also contributed again, scoring on a fastbreak assisted by Brown. Western Michigan responded to push the lead back to 10 and close the half in front 53-41.

Brown added another three-pointer to the stat sheet and Earnest got to the basket on back-to-back possessions to bring Valpo within six points with three minutes left to play. Valpo’s momentum would be slowed by three straight turnovers and they still trailed with 1:25 left on the clock.

Valpo forced Western Michigan to the foul line in an attempt to minimize their scoring and save time for a final push. Unfortunately, Western Michigan guard Lauren Ross drained six consecutive free throws to put the game out of reach.

Pitts scored on a drive to the hoop with 19.6 seconds left to make it 66-59, and Brown would hit a three-pointer before the buzzer. Despite the late efforts, Valpo fell 68-62.

Turnovers and lack of rebounding throughout the game proved to be the difference. Valpo gave up 21 offensive rebounds for 30 second-chance points.

Uncharacteristically, Valpo struggled overall to find and hit shots from beyond the arc. They went 1-7 in the first half and shot just 13 three pointers over the course of the game, a-season low.

“Our game plan was to drive and look for the loop. Once we started doing that in the second half I think it opened up the [three-point] shots more than in the first half. That was our game plan and that’s one of the parts where we just have to do that earlier and that’s one of those focus pieces for us where it’s on the game plan, we know it’s going to work, we just have to implement it and not wait too long,” Brown said.

Johnston played a career-high 26 minutes and scored a career-high six points. She battled in the paint, getting to the free-throw line twice and grabbing two offensive rebounds. Johnston’s playing time has increased significantly this season, due in part to her physicality and toughness.

“[Johnston] is a very physical player. I think the other thing that [Johnston] does really well is she just plays as a team. She sets great screens, she plays defense, she boxes out, she rebounds, like she does all those little things. I think that’s what this team has to understand is that there are times and nights when people are going to have really great scoring nights but every single night we need to do those little things. We have to be great screeners, we have to be great defenders, we have to be great rebounders, we have to be good team defensive people and understand how we are trying to collectively guard, talk and communicate,” Evans said. “I think [Johnston] has proven and made me feel very comfortable that when she goes out there she’s going to talk, she’s going to set great screens and she’s going to do what’s best for this team. It’s really easy to put her out there [on the court] right now.”

Another key difference in the game was the free-throw margin. Western Michigan got to the line twice as much as the Beacons and converted 20 of 26 foul shots. Ross accounted for 14 of the Broncos’ made free-throws and scored a total of 28 points on the night. Valpo struggled to find ways to slow her down.

On Dec. 9, Valpo fell to Western Illinois 83-67, extending their losing streak to six games. With a two-week road trip including a Big Ten matchup against Wisconsin and their first two Missouri Valley Conference games looming ahead, Valpo needs to find a way to get rolling. Brown thinks the time away will be beneficial for her team who takes pride in their chemistry and off-court friendships.

“We’re really close as a team and I think that is the most telling thing of where our season can go because we do like to spend time together and we like to see each other succeed. Just getting better in these next two weeks [is important] and then trying to be ready for conference play because we have a good conference,” Brown said.