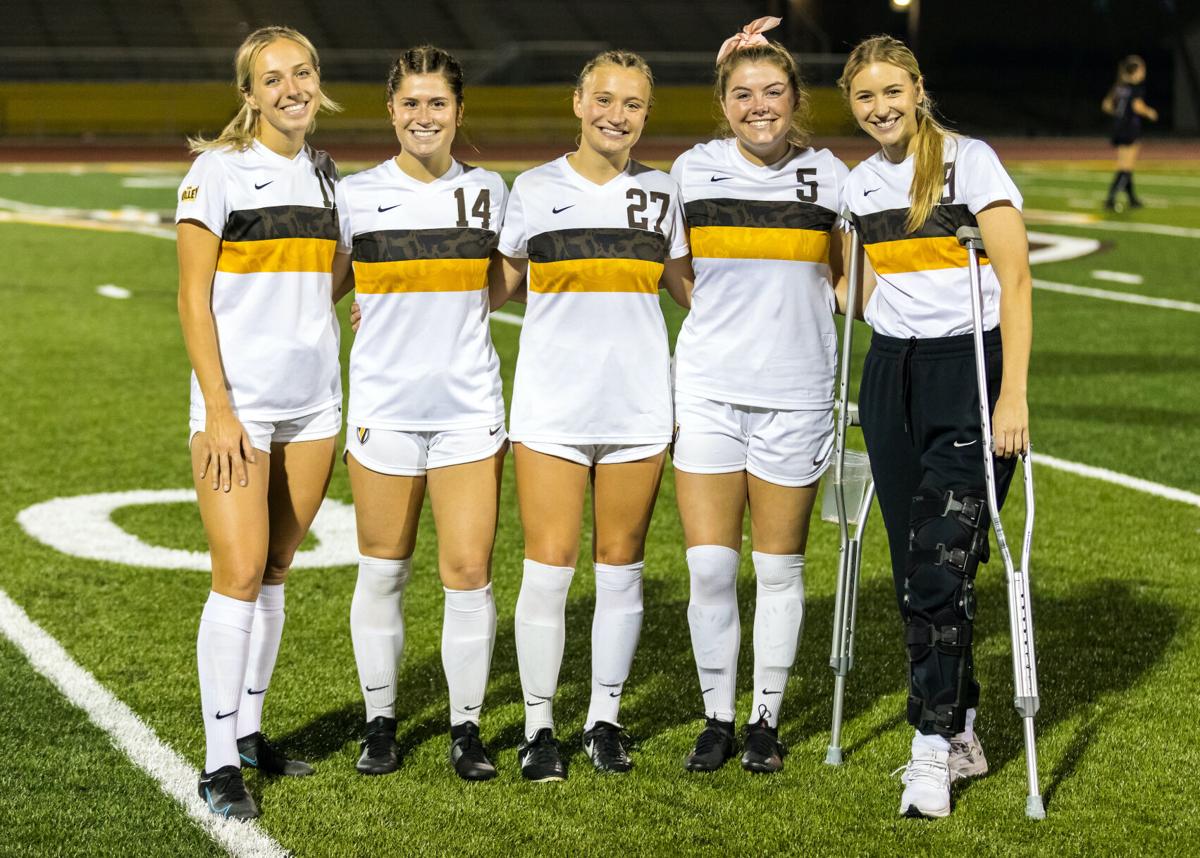 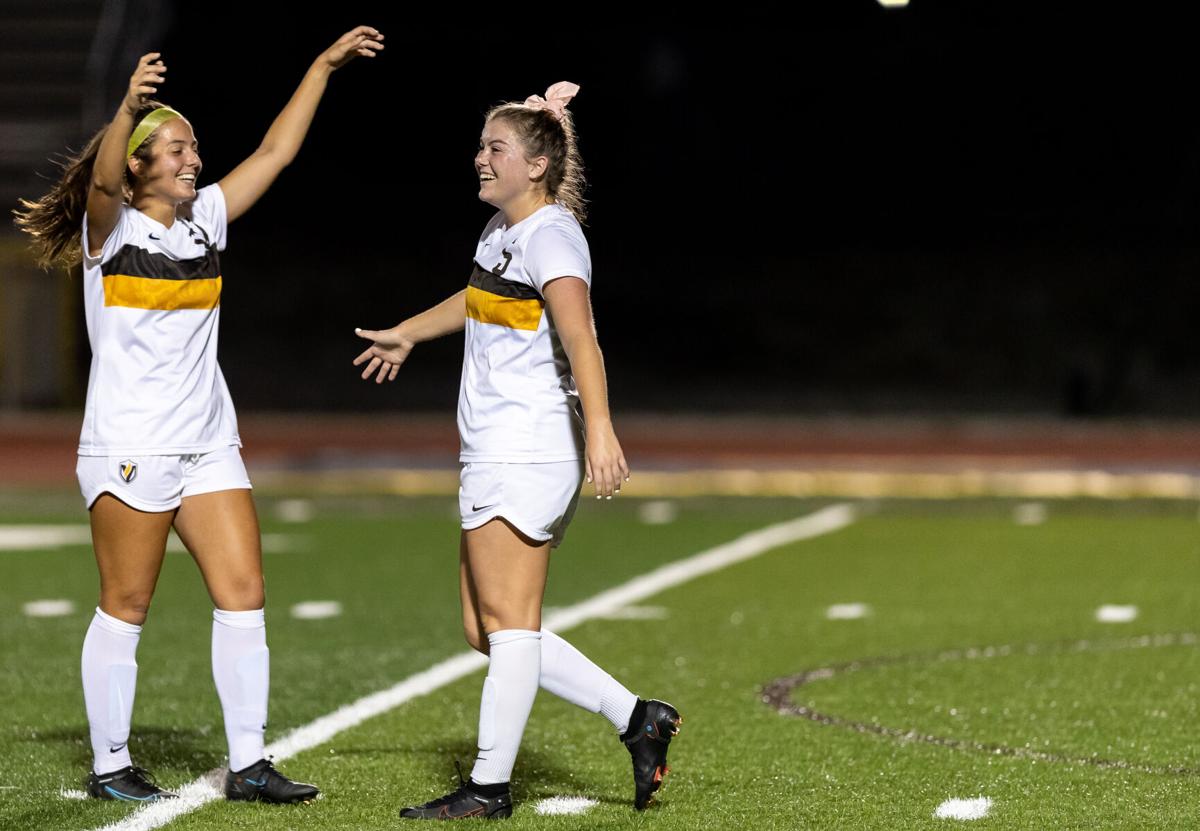 As the players all lined up to be announced on the starting roster against Cornell College, five seniors were honored for their tenure as part of Valpo’s women’s soccer program.

Rising up to the challenge and overcoming obstacles is a big part of what her senior class is all about, according to Gaffney.

“We never give up, and I feel like that is a big part of our character,” said Gaffney.

Upon being asked what their legacy entailed, head coach Jon Marovich said that their battle has seen a variety of different challenges.

“They were here battling through in [20]19 when they were young, working with our junior class and trying to really find their way in this conference,” Marovich said.

Upon being asked what the defining trait was for the current Valpo women's soccer senior class, Gaffney said that her senior class was filled with ‘grit’ for the journey they traveled.

Gaffney said that enjoying the moment and hearing her teammate being announced stirred emotions.

“Honestly, I teared up,” Gaffney said.

Continuing her journey without playing has been hard on her, but Marovich said that he is impressed by how she continues to hold her head up.

“I am just constantly impressed by her positive attitude,” Marovich said. “The way she treats other people all the time is with such respect, and grace, and humility.”

During the first half of the match, Gaffney scored two goals. Both of those goals were the first of her collegiate career.

“I will never forget that,” Gaffney said. “It was amazing.”

In the second half, three more goals were scored. The fifth one was scored by Metzger, who also scored her first goal of her collegiate career.

What shines about Metzger, according to Gaffney, was the way she handles herself throughout her challenges.

“She has had hard times and she has come back and persevered,” Gaffney said. “Just her being on the team really gives other players on the team motivation to be just like her.”

Similar sentiments in perseverance were found in Flynn. Flynn suffered a torn labrum earlier in the season and has played through it, according to Gaffney.

Her perseverance through the injury illustrated the qualities of what it means to be a Valpo Women’s soccer player.w

“She is just a perfect person to be a captain on this team,” Gaffney said. “She leads by example.”

The final senior of this class was Hansen, who transferred into Valpo from the University of Montana. Hansen played 90 minutes on defense for the Beacons during senior night.

“She works hard, she literally has played everywhere on the field for us in the three years she has been here,” Gaffney said.

After the game ended, the seniors enjoyed a five goal win over Cornell College. Gaffney said that enjoying these moments with those closest to her is what made the night special for her.

“It was really emotional,” Gaffney said. “I have been here for four years, so just having that special moment with my best friends is something that I will never forget.”