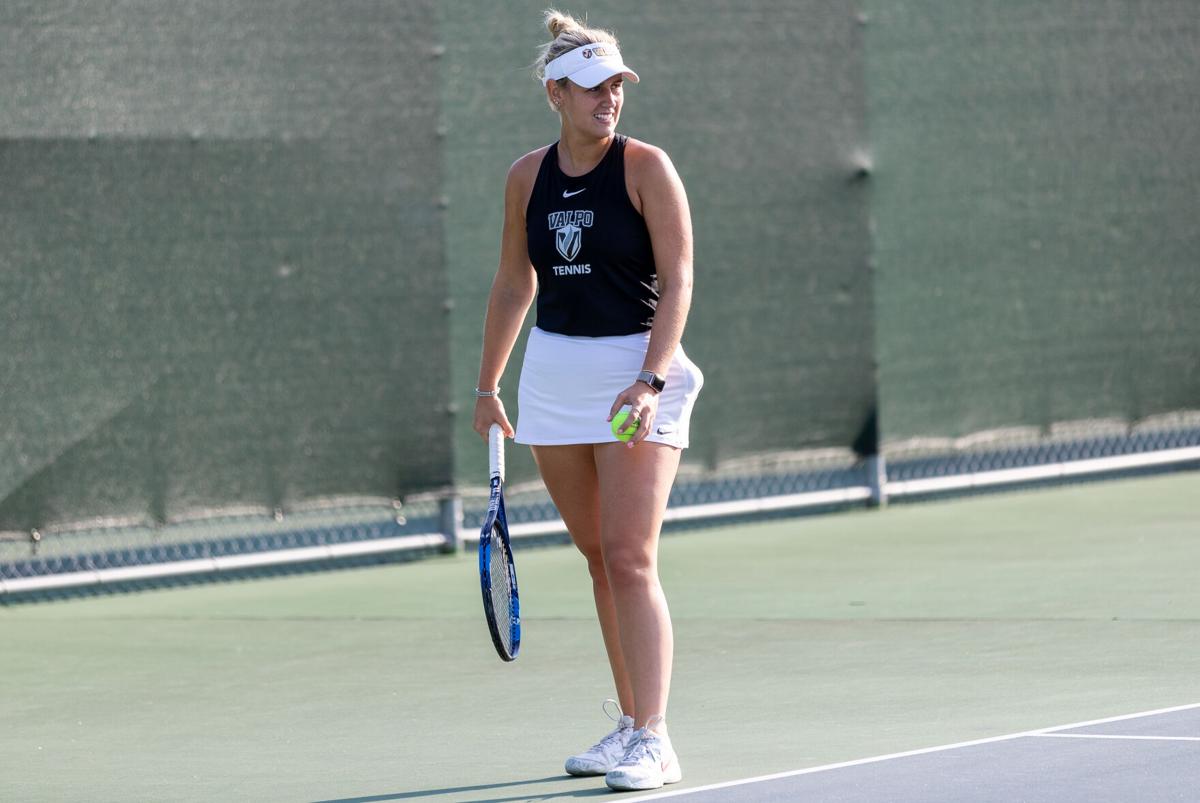 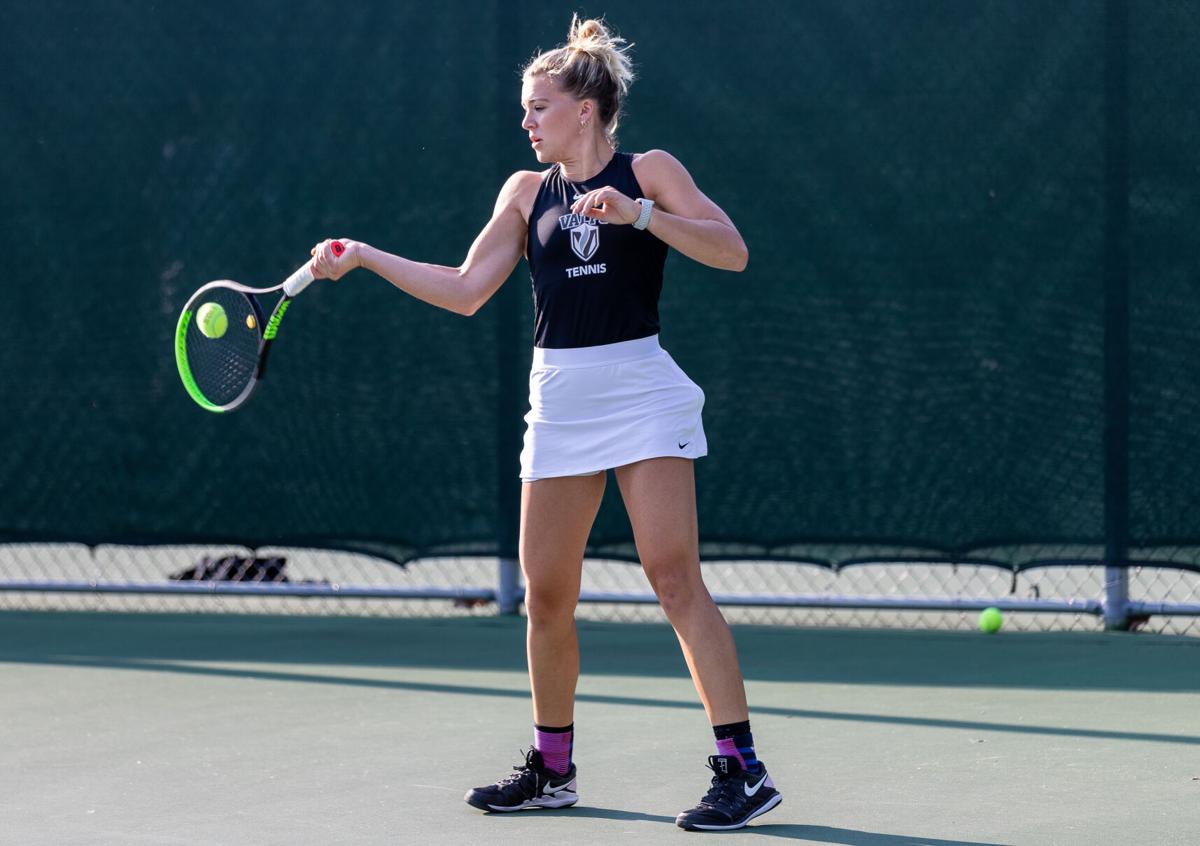 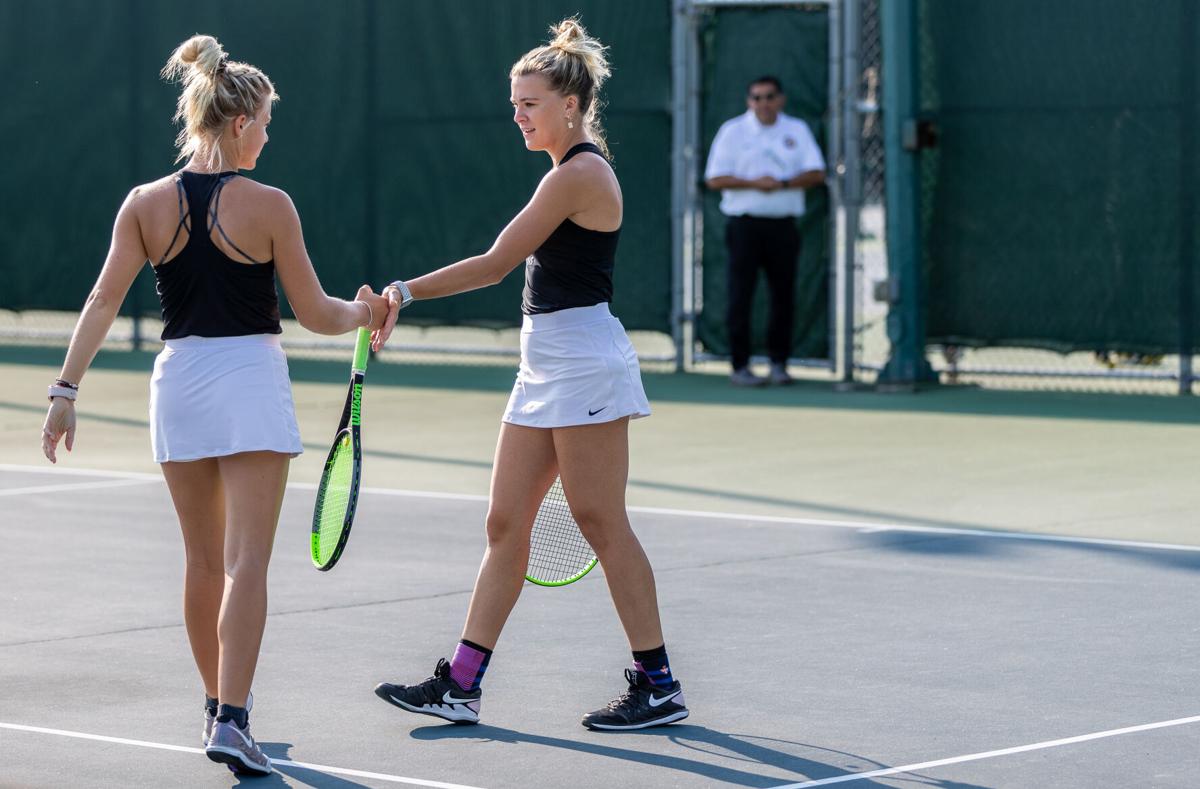 If starting the season on a high note was the mission, then Valparaiso University’s women’s tennis team succeeded. In their season opener, the Beacons swept Holy Cross 7-0.

The win all happened with a returning cast, and Coach Bob Modesto thinks maintaining all seven starters is a key to success.

“When everyone knows everyone else is coming back, they encourage each other,” Modesto said. “You know you’re going into battle with the same group so that really helps.”

The mission was not without individual success in singles play. Senior Claire Czerwonka provided grounding evidence.

Czerwonka won singles with a double bagel, which is when a player shuts out their opponent twice 6-0, 6-0.

Claire and her sister Olivia won their doubles match 6-1. The siblings have a special connection on the court that makes them Valpo’s best duo.

“We grew up playing with each other since we were five,” Claire Czerwonka said. “It's nice to count on someone and know exactly where she’s going to hit everything.”

“[The record] is my biggest goal,” Claire Czerwonka said. “I really had to work at my doubles game and now my doubles is better than singles.”

Schoolcraft, the team’s other senior, along with Junior Amanda Tabanera, swept Holy Cross 6-0 in the second doubles match.

“It's a good feeling having the first match under our belt,” Schoolcraft said. “We’ve worked really hard the past two and half weeks and it showed today.”

To complete Valpo’s flawless victory, Sophomore Mia Bertino and Schoolcraft came out on top in the number five and six singles matches respectively.

Sweeping is not an unfamiliar routine. The last time the Beacons had a 7-0 sweep was against Chicago State last season on March 7, 2021.

This was the Beacon’s first home win since defeating the University of Oakland 6-1 back on March 13, 2021.

With their first match done and over, the team is already looking ahead to compete in more challenging invitational matches over the next month.

“It’s going to be tough competition,” Coach Modesto said. “There are a lot of great teams there, but we purposely got into that to face that kind of competition.”

Similar sentiments are felt with Schoolcraft, who is also confident in Valpo’s abilities to win against tougher opponents.

“We’ve been conditioning hard, hitting twice a day, if not three times a day,” Schoolcraft said. “I think we’ll be ready.”

The team is looking to build on their 6-13 record from last season, the program’s best record since 2007.

The Valpo women’s tennis team plays next on Sept. 17-19 at the Red Bird Invitational in Normal, Ill.

The Beacons will not return home until Oct. 8-10 when the Beacons host the MVC Individuals Championship.