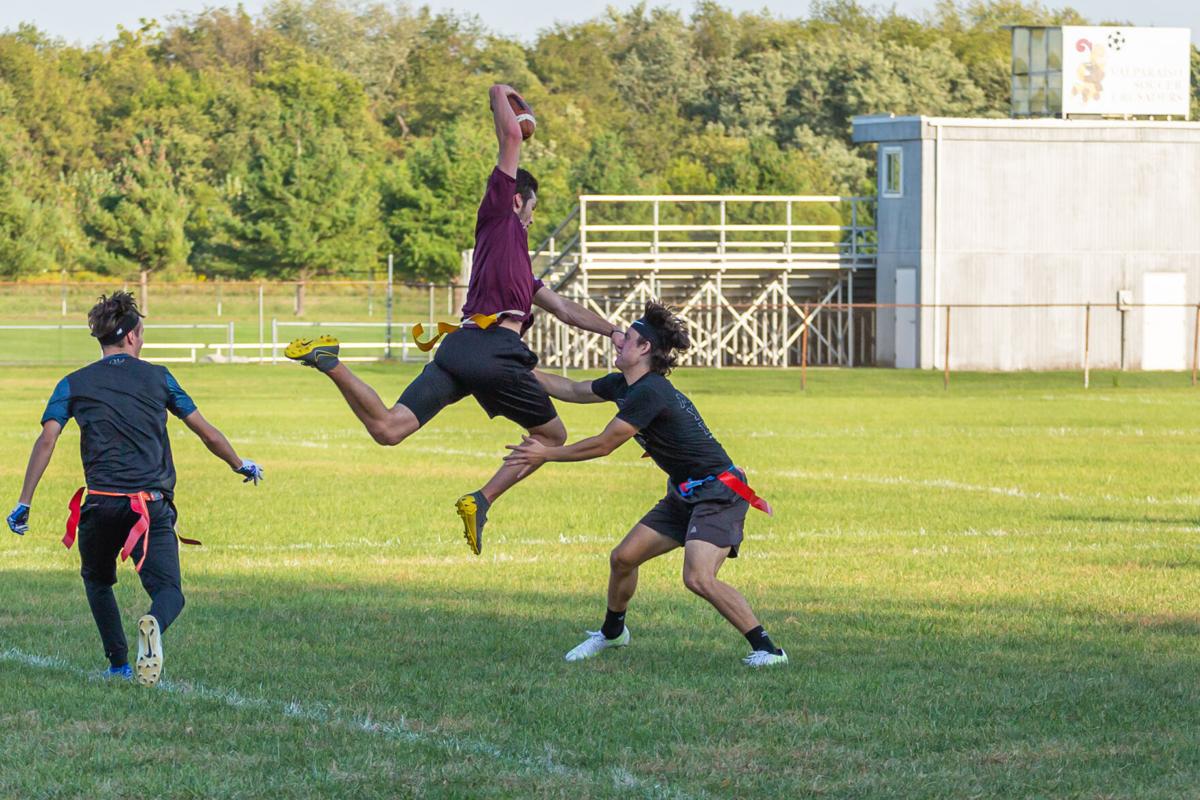 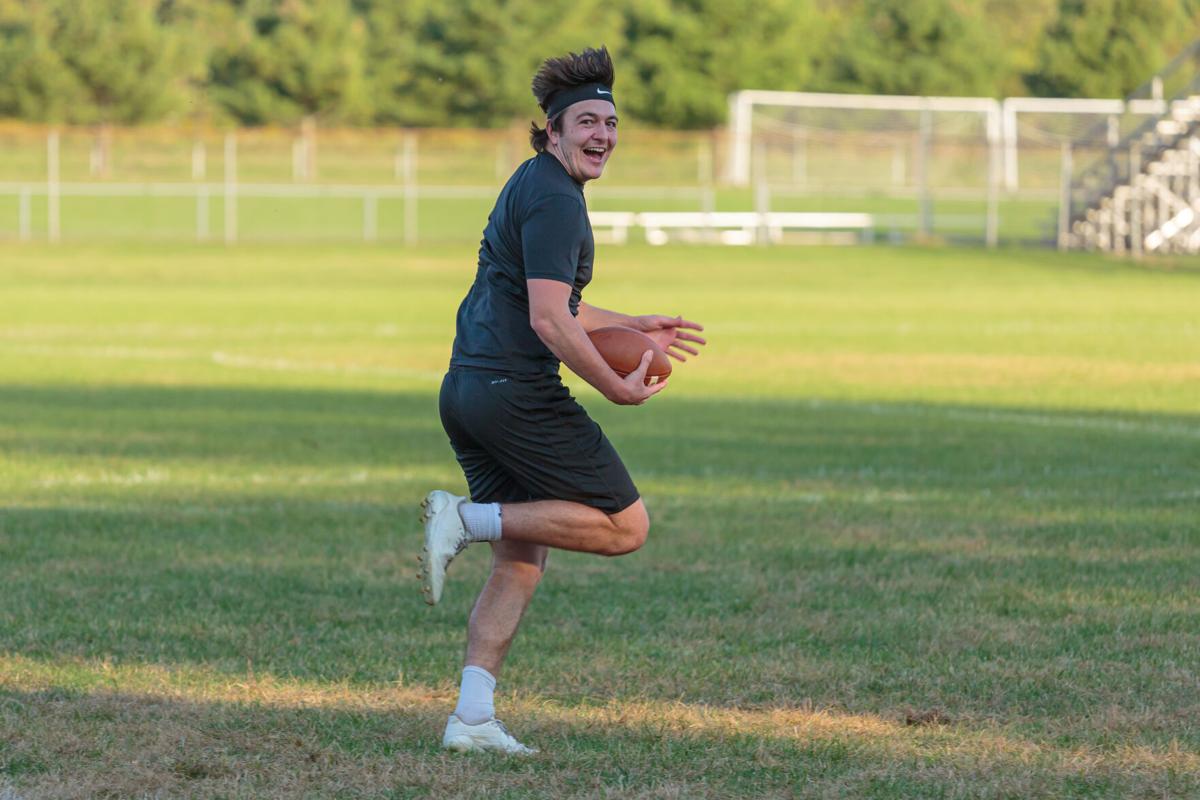 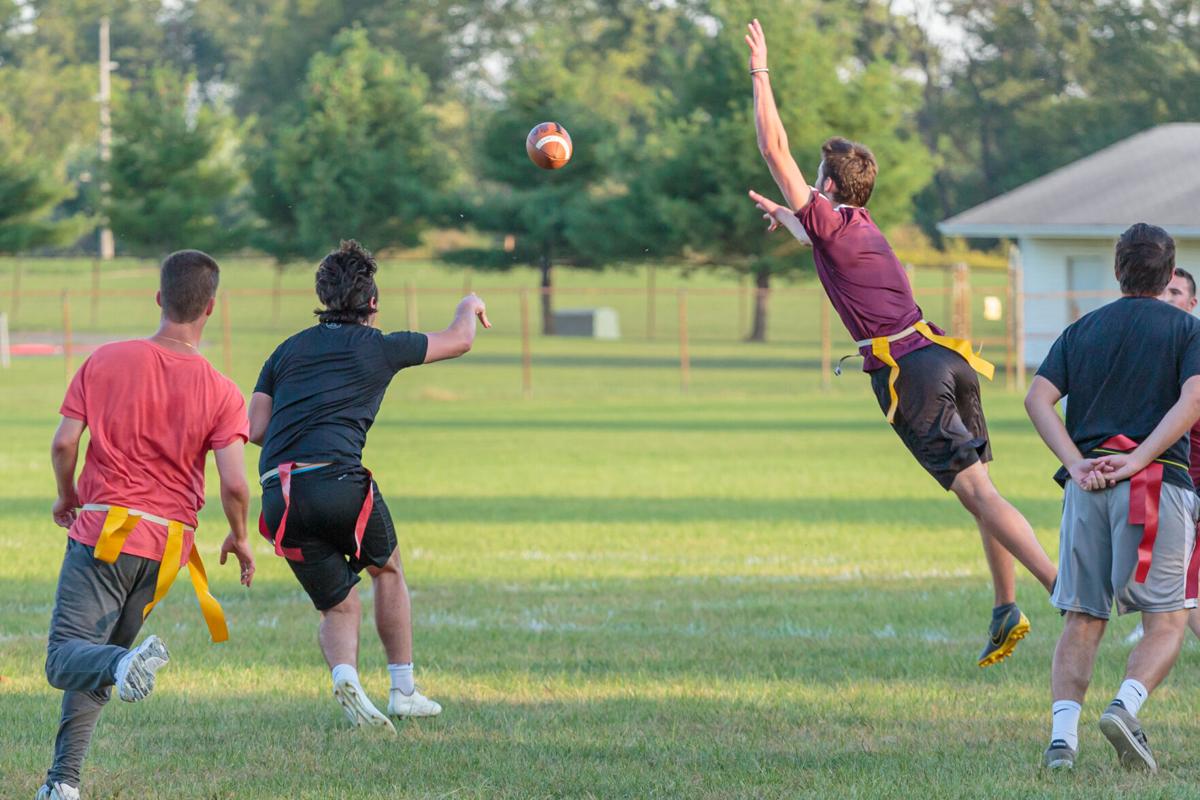 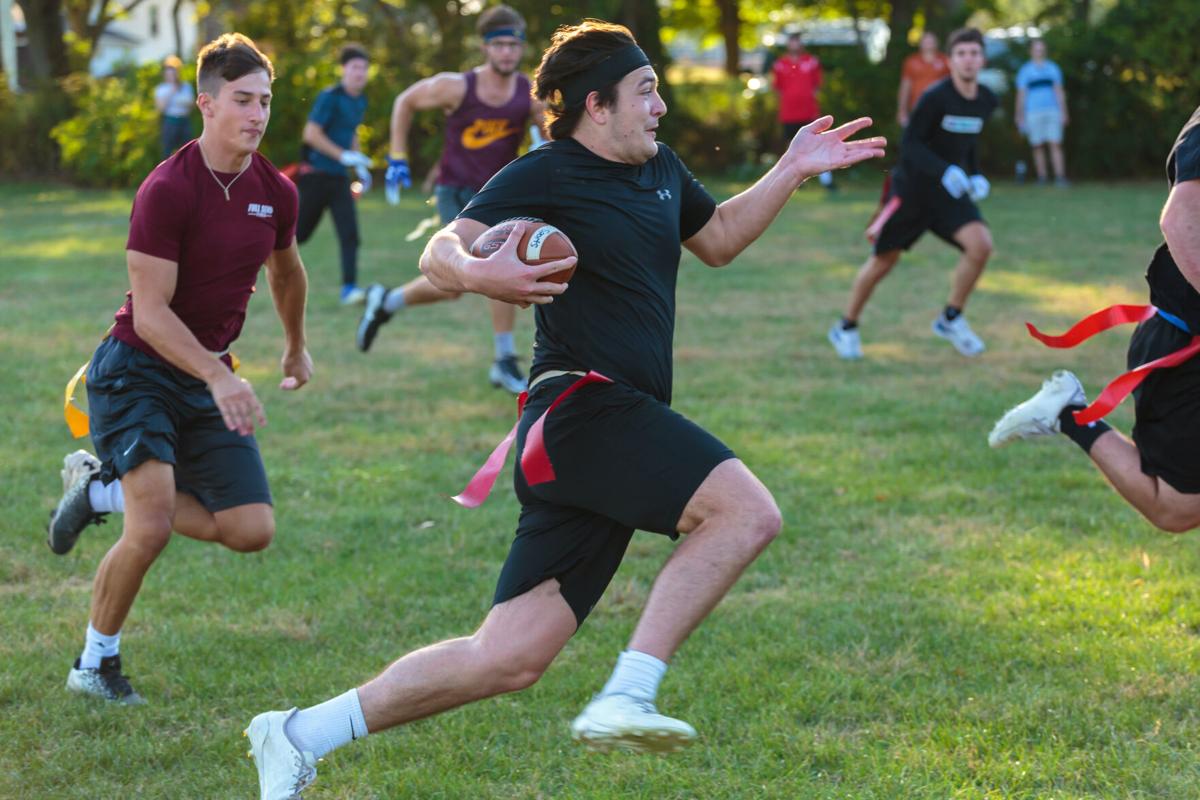 The Sigma Chi intramural flag football team continued their undefeated season with a 35-19 victory over Pike on Sept. 27.

Sigma Chi’s first drive touchdown came off of a 4th and goal conversion. On Pike’s first offensive drive, Sigma Chi forced a turnover off of an interception.

Sigma Chi then followed up on their next drive with a touchdown grab from senior Zeke Leonard.

Pike finally got on the board late in the first half, with a quarterback run from sophomore Gavin Burns.

Sigma Chi immediately responded with another touchdown catch, this time from captain Spencer Locke, extending their lead to 21-7 at the end of the first half.

After a slow first half, Pike made their first drive of the second half with a second interception of the game.

Senior George Sepsis returned it for a pick six to give Sigma Chi a 28-7 lead.

After Sigma Chi’s fourth score, Pike would go on to score two more times before the game ended.

What sealed the deal for Sigma Chi was senior Mac Magiera’s touchdown to score 35 points for the team.

With the athletes playing both offense and defense, Sigma Chi quarterback George Sepsis also powered the fraternity team on offense, tallying three touchdowns through the air and one on the ground.

“He makes really good decisions,” Locke said. “We had a QB war going on… so we had a practice to get things settled and pick the right quarterback.”

Sepsis won the job after defeating the other contender in Sigma Chi’s scrimmage and has been a cornerstone in all their victories.

According to Locke, playing alongside their fraternity brothers helps the team mesh on the field.

“I attribute the success of the team to everyone being on the same page and working together to play well,” Locke said.

Despite their great success in the league, Sigma Chi still views the games as a leisurely activity.

“At the end of the day, we are out here to have a good time and just play some sports with guys. It’s kind of cool to see all the other groups on campus, that’s been fun,” Locke emphasized. “We’re just some boys having fun.”

To end the regular season, Sigma Chi will play the second place 3-1 powerhouse team Has Beens. The league leaders are confident heading into that battle.

“We got one more team left,” Locke said. “We’re looking forward to playing them, but we ain’t scared.”

The game will take place Oct. 4 at 5:30 p.m. on the Eastgate Intramural Fields.